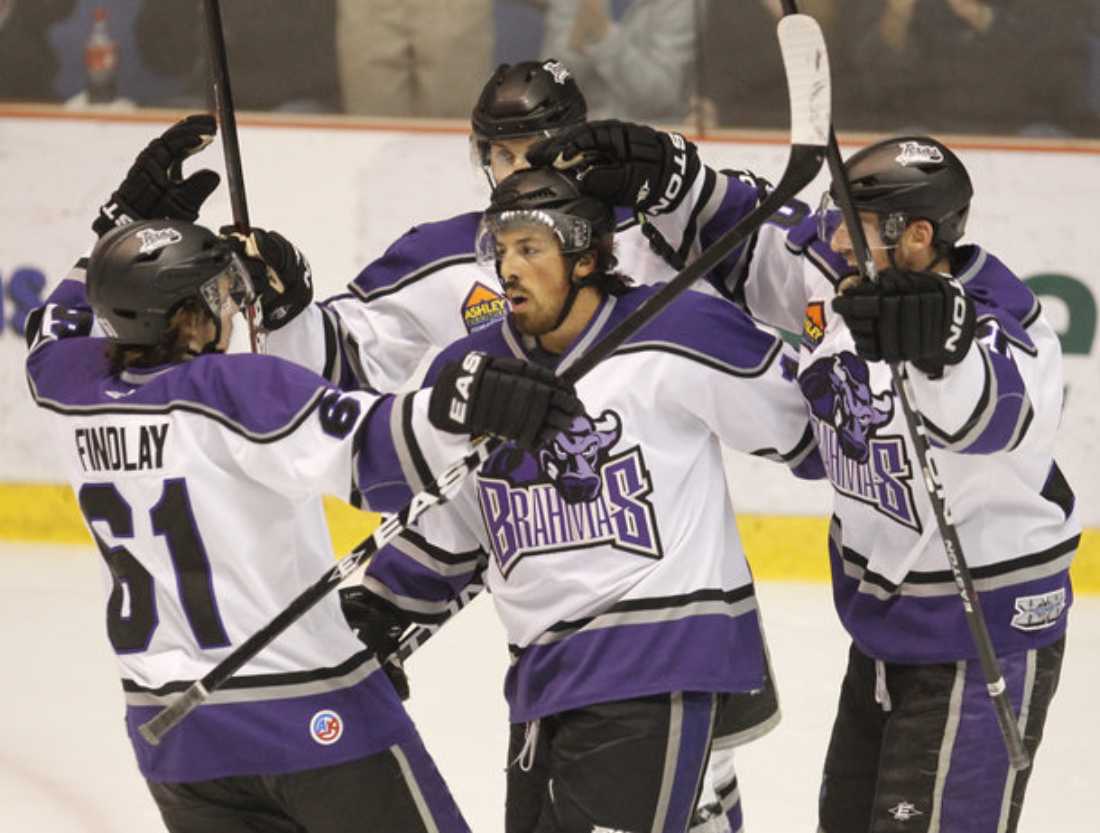 Despite its name, the Quad Cities area is a cluster of five towns located on either side of the Iowa-Illinois border. This is where the Quad City Mallards hail from, and they are new to the Central Hockey League, so this is the first chance North Texas hockey fans will have to see them as they take on the Fort Worth Brahmas. The puck drops at 7pm at NYTEX Sports Centre, 8851 Ice House Dr, North Richland Hills. Tickets are $13-35. Call 817-336-4423.

Man, that Robert Griffin III is impressive, isn’t he? The breathtakingly mobile rookie quarterback has made the Washington Redskins something they haven’t been in a long time: interesting. The team still isn’t that good, though, which means the Cowboys will have a decent chance of defeating their historic rivals this afternoon. The game kicks off at 3:15pm at Cowboys Stadium, 1 Legends Way, Arlington. Tickets are $75-500. Call 800-745-3000.

A certain natural gas company that we don’t like is still plastering its name on Fort Worth’s Parade of Lights, but that shouldn’t dissuade you from turning out for the annual event ringing in the Christmas season. This year’s event includes a fitness walk, to help you work off those Thanksgiving calories. The parade is at 6pm at Sundance Sq, 4th & Main sts, FW. Admission is free. Call 817-336-2787.

Most of us think of Gene Autry and Roy Rogers when we think of cowboy musicals, which leaves out the fascinating history of America’s cowboys of color. To redress the balance, Jubilee Theatre is putting on Black Spurs, a world premiere about a young African-American man in the 1870s who rides the Chisholm Trail to save his family farm. The play runs Nov 24-Dec 30 at 506 Main St, FW. Tickets are $12-25. Call 817-338-4411.

There will be a staged reading of Masked, Jordan Cooper’s play about a fictional African-American comedian who becomes a wealthy star in the early days of Hollywood and looks back in his old age (during the 1960s) on all the compromises he made. This is a one-time-only performance, so you won’t want to miss it. The reading is at 6pm at Fort Worth Community Arts Center, 1300 Gendy St, FW. Admission is $5. Call 817-313-3052.

The Spectrum Chamber Music Ensemble goes in for contemporary music this evening. Besides Haydn’s “Joke” Quartet, the group will also perform Jennifer Higdon’s Soliloquy for English Horn and Strings and Too Few the Mornings Be, a song cycle by Ricky Ian Gordon that sets the poetry of Emily Dickinson to music. The concert is at 7:30pm at First Jefferson Unitarian Universalist Church, 1959 Sandy Ln, FW. A donation of $5-10 is suggested. Call 817-377-0688.

If you’d rather not go to a lecture today (see sidebar), the NCHA World Championship Futurity comes to Fort Worth this weekend. The competition for cutting horses will be at Will Rogers for three whole weeks, so you can get away from the madness of the holidays and watch the horses and riders do their thing. The competition runs Nov 25-Dec 15 at 3401 W Lancaster Av, FW. Admission is free. Call 817-244-6188.