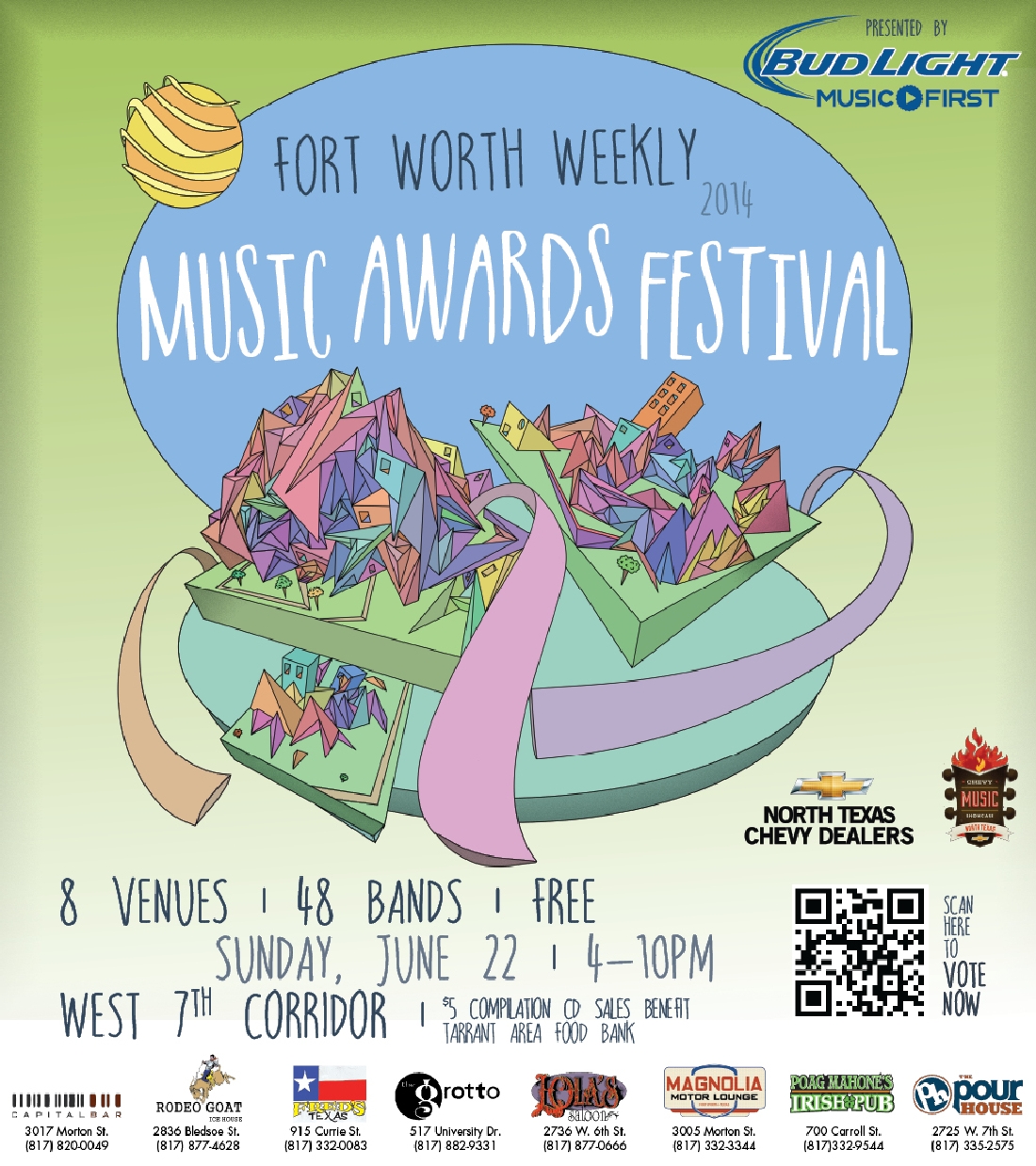 The remaining 24 bands will be announced next week.

It’s like Christmas. But in June. And instead of presents, there’s local music. So, basically, it’s better than Christmas.

The follow-up to the first compilation CD (2013) is just one more thing that committed folks are doing to “support the underground community and showcase it in a way that unifies our scene” in North Texas, said Cameron Smith, Lo-Life co-founder and War Party frontman. “We want these collections together so that when people look back on Fort Worth music in this time, they very clearly see not just the wealth of great talent but the communal nature of it all, and we want to supply as much content as we can as a testament to this.”

All of the songs are new or previously unreleased. Most of them were recorded live in one marathon session at The Where House in January. The rest were done either at Dreamy Soundz with co-founders/producers Jennifer and Robby Rux or at Eagle Audio Recording with Robisheaux. Smith said that, to him, Vol. 2 represents the release of a lot of pent-up excitement. With new recordings by War Party, The Road Soda, Bummer Vacation, Toy Gun, Sealion, and Bitch Bricks on the way, he can’t help but be pretty psyched. “It excites me so much to hear what everyone is up to and to watch this scene continue to blossom,” he said. “All the while, I’m just thinking things to myself like, ‘Wait until everyone hears this Bummer Vacation debut! Minds will be blown!’ ”

Lo-Life and Dreamy Soundz recently incorporated under the name Dreamy Life Records and Music and will open a record store of the same name on Park Place on the Near Southside in July. Lo-Life, Smith said, is on a roll: “We don’t make enough money to support all of our releases yet, but that doesn’t stop us from doing it. When it must be done, it must be done. … We are all in this together. Community is the key to everything.”