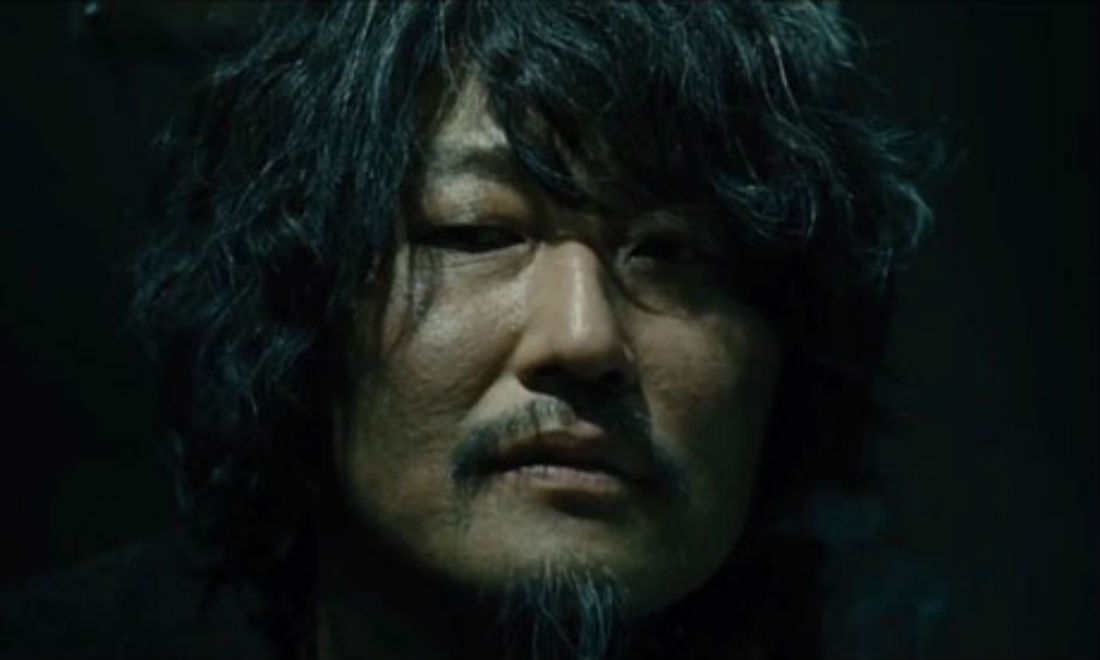 In my review of Snowpiercer, I called Song Kang-ho one of the world’s greatest actors, but I didn’t have the space to go into that remark. Unless you watch Korean movies, you probably don’t even know who he is. If you fit that description, here’s an introduction to this remarkable performer.

Born in 1967, Song never had any formal training as an actor, instead simply joining theater troupes after graduating high school, with a particular background in improv. He didn’t start acting in films until 1996, with a bit part in Hong Sang-soo’s The Dog Fell Down the Well. However, fame arrived for him rather quickly after that. In 1999, he had a prominent supporting role as a government agent in the thriller Shiri, which became the biggest box-office hit in South Korea’s history to that point. (The subject matter — a terrorist attack on a North Korea vs. South Korea soccer game — touched a nerve in a country that was due to co-host the World Cup in 2002.) The success made stars of all its actors: Han Suk-kyu as the good guy, Choi Min-sik as the bad guy, and Kim Yun-jin (later of TV’s Lost) as a woman with mysterious motives.

If you want a familiar analogue to him, he’s most reminiscent of Philip Seymour Hoffman. Like the late American, Song is a burly guy with seemingly unlimited range. He can make his bulky frame look powerful or flabby as the role requires, and while his heavy eyelids make him a good fit for characters who are stupid or stoned, he can also be wonderfully sharp.

Song did excellent low-key work as an avuncular foil to Han’s heroic lead in Shiri, but he got a turn in the spotlight the following year in J.S.A. (Joint Security Area) as a South Korean soldier at the DMZ who befriends his North Korean counterparts on the other side, with tragic results. The film was another huge hit, partly because instead of depicting North Koreans as villains the way many previous South Korean movies had done, it depicted the northerners as sympathetic victims of the insane regime that they live under. Still, Song provided a searing turn as a man who can’t reconcile his loyalty to his country with knowing that his enemies are mostly guys just like him, and it tears him apart.

J.S.A. was directed by Park Chan-wook, part of the cadre of Korean filmmakers who have coordinated their break into Hollywood at the same time, much the way Mexican filmmakers Alfonso Cuarón, Guillermo Del Toro, and Alejandro González Iñárritu did roughly 10 years ago. Song has benefitted greatly from coming up at the same time that these filmmakers created a great flowering of Korean cinema. Park cast him as a desperate killer in Sympathy for Mr. Vengeance, and while he’s good in that role, the movie is easily the weakest of Park’s so-called “Vengeance Trilogy.” The director did better by him in 2009’s Thirst, casting him as a Catholic priest who gets turned into a vampire. The movie is actually about two people trapped in a poisonous relationship, as the priest promptly turns his friend’s wife (Kim Ok-vin) into a vampire, and they find that even though they’ve come to hate each other, they’ll never break up because they’ll never die.

Park’s buddy Kim Ji-woon cast him in The Foul King, which I haven’t seen, and in his operatic Western The Good, the Bad, the Weird, in which Song plays Weird, riding horses and firing guns over his head at pursuers with great aplomb. Of course, their friend Bong Joon-ho not only cast Song in Snowpiercer but also in The Host, where he gave a spectacular performance as a slacker who only realizes his responsibilities as a father when his daughter is carried off by a monster. Song’s comic skills lend horror to a scene where his character is about to be lobotomized by the authorities, and he tries to get out of it by offering them his fast-food stand. If you saw that movie, you’ll get a little kick out of seeing Song and Ko Ah-sung playing father and daughter once again in Snowpiercer.

However, even outside this circle, Song has done excellent work. This year alone, AMC Grapevine Mills played The Face Reader, a period thriller where he plays a man who can tell a person’s personality by looking at their faces, and The Attorney, where he plays a shady tax lawyer in the 1980s who becomes a human-rights crusader after stumbling across evidence that South Korea’s government is torturing dissidents. Song is great in a serious role like this, but I also remember a romantic comedy from 2002 called YMCA Baseball Team where he played a pitcher with a twinkly sense of humor. Watch those two movies side by side, and you won’t believe it’s the same actor.

His best performance may be in a movie where he’s not the star, in Secret Sunshine, which I named one of 2010’s best films. Jeon Do-yeon gets the star turn as a widowed mother who’s put through an almighty wringer after her son is kidnapped. Opposite her, Song plays a humble auto mechanic who follows her to church after her temporary conversion into a scary Christian fundamentalist. He’s going there because he wants to date her, but he winds up finding God instead. I’m told by native Korean speakers that Song does a pitch-perfect impersonation of the Gyeongsang dialect spoken in the part of South Korea where the movie takes place. You don’t have to know that, though, to appreciate Song’s delivery of a little speech at the end, where he describes the fulfillment he finds in going to church on Sundays. If there’s a unifying theme to this actor’s wildly disparate work, it’s the way he can find the humanity and beauty in the unglamorous, ordinary men that he plays.