For the semester’s end, UNT is screening documentaries by MFA students. Among the films are Adam Michael Wright’s Funeral School, about a young man choosing a career as a funeral director, and Yu Wang’s To Be With You, chronicling the changes in a longtime long-distance relationship after the distance is closed. The screenings are at 7pm at Radio Television and Performing Arts Bldg, 1179 Union Cir, Denton. Admission is free. Call 940-565-2537.

While all of the other theater companies are putting on Christmas fare, Sundown Collaborative Theatre is counterprogramming with Said and Done, Kasey Tackett’s play in which Life, Death, Science, Faith, Time, and Nature all pack themselves into the one atom left undisturbed by the destruction of the universe. The show runs tonight thru Dec 14 at Green Space Arts Collective, 529 Malone St, Denton. Tickets are $8-10. Call 940-220-9302.

The Iowa State Cyclones are winless in conference play this year, but they stand between TCU’s football team and a berth in the inaugural college football playoffs. We’re sure the phrase “banana peel” has been thrown around in the Horned Frogs’ locker room this week. Kickoff is at 11am at Amon Carter Stadium, 2850 Stadium Dr, FW. Tickets are $40-60. Call 817-257-7967.

Hip Pocket Theatre’s last show of 2014 closed months ago, but the company’s season still has one more night left. A Wisepecker Christmas Fundraiser is the troupe’s winter gala to help defray expenses for the upcoming year. Guitarist Darrin Kobetich will perform, and Hip Pocket players will put on a Christmas-themed theatrical for the occasion. The event is 6-9pm at Hot Damn Tamales!, 713 W Magnolia Av, FW. Tickets are $25. Call 817-246-9775.

“No one really wants to climb a mountain, ’cause who has the time?” says Walt Disney as he orders his subordinates to make nature documentaries in Lucas Hnath’s A Public Reading of an Unproduced Screenplay About the Death of Walt Disney, depicting Uncle Walt as a sadistic man-child steamrollering everyone who gets in his way. Amphibian Productions’ staged reading is 2pm & 7pm Mon-Tue at 120 S Main St, FW. Tickets are $7-17. Call 817-923-3012.

Oh, wow, what a time to put on a play about riots caused by white cops unfairly targeting men of color. The Latino Cultural Center stages Zoot Suit, Luis Valdez’ musical about a Hispanic man wrongly convicted of murder in the 1940s and the resulting Zoot Suit Riots in Los Angeles. You might want to raise your hands when you leave the theater. The show runs Sat thru 21 at 2600 Live Oak St, Dallas. Tickets are $12-25. Call 214-671-0045. 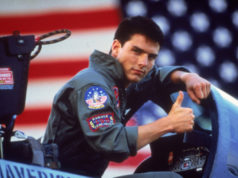