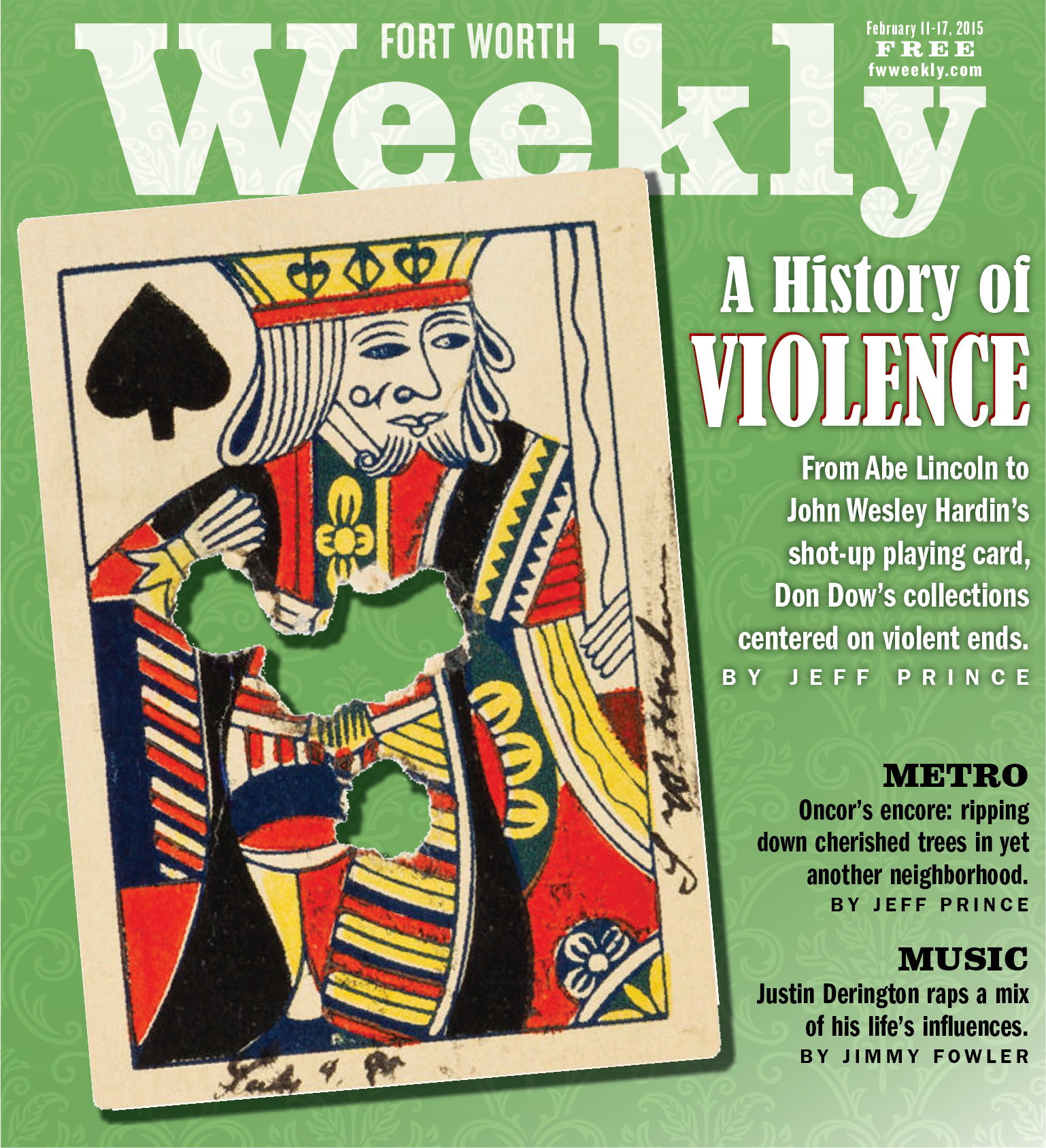 He’d become temporarily separated from his family on the town square in Santa Fe, New Mexico, while on a vacation in 1963. Dow ended up in a bookstore. Always a history buff, he fixated on a large bargain box filled with books, all written about Abraham Lincoln. He bought the whole lot and stuffed them into the trunk of his already-crowded car.

Dow had no idea the purchase would change his life, change the lives of his entire family.

“Don took the box home and read every book on Lincoln,” local historian Scott Grant Barker said. “By the time he was through, he was dialed in on Lincoln. He never lost that. That was the focus of his life. He used to tell people it was the most expensive bargain he ever got, because every dollar he made for the rest of his life went toward buying Lincoln artifacts.”

Dow made a decent living but was never wealthy. He matted and framed pictures and bought, sold, and restored original artwork at Dow Art Galleries in Fort Worth for most of his 84 years. His dad, Percy, had established the business in 1935. Today it is Fort Worth’s oldest art gallery. Dow’s son, Greg, still runs the shop on Camp Bowie Boulevard.

From the day Dow bought that box until his health deteriorated in 2007, he poured his heart and pocketbook into collecting Lincoln memorabilia.

“He was a history nut,” Greg said.

Nutty or not, his dad’s fixation is paying off.

Don Dow died in 2009, leaving behind hundreds of photos, letters, signatures, books, and even a lock of the 16th president’s hair. He put the collection in a family trust, and now Greg, as trustee, is selling it. Some of the proceeds will go toward paying for care for his mother, who is also facing health issues.

Collectors from across the country bid on 302 of those Lincoln items at auction last month in Dallas. Expected to fetch $500,000, the collection earned $822,764.

Dow left behind other collections as well, including Civil War, American Revolutionary War, and Hollywood memorabilia. They’ll be sold at separate auctions later this year. The family auctioned off Dow’s Old West memorabilia late last year, which included autographs of Geronimo and Sitting Bull and a playing card shot full of holes and signed by outlaw John Wesley Hardin. That collection sold for $188,229, meaning the family trust has topped the $1 million mark already, with several auctions remaining.

The gregarious Dow might have enjoyed all the attention his collections are getting, although in truth, he rarely displayed his items. He was a hunter. Once something was bagged, he was back on the prowl.

“He’d mostly take it home and put it in storage, maybe look at it awhile, and then put it up,” Greg said. “Then he was on the lookout for the next thing.”

Dow was already a compulsive collector before he got hooked on Lincoln. He’d grown up working at his dad’s shop before heading off to World War II in the 1940s. Afterward he studied art history at the University of Texas at Austin and developed a strong interest in military history and memorabilia. Flags were among his favorite collectibles. But once he discovered Lincoln, he sold much of those earlier collections to help pay for his new obsession.

Most things ended up stuffed in boxes. After his father’s death, Greg had no room or inclination to store boxes at his house or to display artifacts at his shop. He’s a gallery owner and picture framer, not a museum curator. So he’s auctioning off the whole kit and caboodle, several thousand items in all.

Accomplishing this is harder than it sounds.