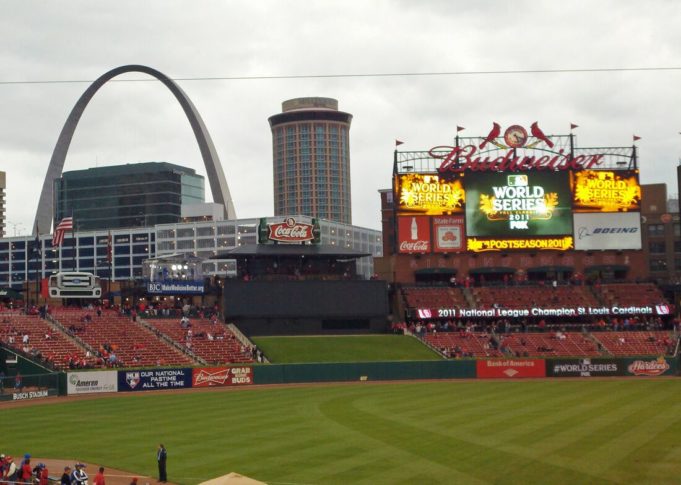 I have a theory about baseball that goes like this: A Major League team’s goal is to win the World Series.

That’s some groundbreaking ideating, eh? You’re thinking, “This guy must really know his baseball to come up with insight like that.”

I’ll further posit that it’s the only goal that matters from an on-field perspective, especially once a team has reached the postseason. If you buy that premise, you see no difference between whether your season ends with Alex Gordon stuck on third base to end Game 7 of the World Series or with you watching David Price close out a complete game in the Wild Card tie-breaker. Either way, you’re stuck with the 28 other teams who didn’t achieve their goal.

I’m not sure the prevailing postseason managerial approach is optimized for achieving the goal of winning the Fall Classic (we’ll just refer to it as “The Goal” from here on out).

I happened to talk to former Major League pitcher Danny Darwin last week when he was volunteering his time to hit golf balls at the Nancy Lieberman Charities Celebrity Golf Classic. He summarized the conventional wisdom (though he did not explicitly endorse it):

“You manage one game at a time and tomorrow’s the next day,” he said. “That’s the way we always were taught when I played. We’ll worry about tomorrow when it gets here. You’ve got to win today to get to tomorrow.”

The problem I see is that the World Series might be tomorrow (well, with the off days, tomorrow might mean a couple days hence, but close enough). If you win today, but your decisions prevent the team from achieving The Goal, you should have chosen differently, right?

We most often see the “win this game” approach manifest itself through pitcher management. Aces start games on short rest, one-inning relievers throw two or more innings, starters enter a game in relief, and managers show more reluctance to use the back of the bullpen.

One can understand how all those decisions make sense in the context of winning a given game, but you’re not trying to win one game. You’re aiming for The Goal. So if your top reliever throws two innings each to help you win the American League Division Series games 4 and 5 but his arm is then so tired that he gives up runs that cause you to lose the American League Championship Series games 1 and 2, what have you gained?

There is a little bit more rest time built into the playoff schedule, but you could still have to play up to 20 postseason games to achieve The Goal, plus factor in any autumnal weather delay issues. So while you’re managing for a shorter term than the regular season, it’s still a pretty big grind of games. You also don’t have the roster flexibility you do during a normal series. You can’t bring up minor league pitchers when a long reliever gets overworked and replacing a banged-up player requires him to miss the next series as well. Off days do add an extra arm to your bullpen in the form of your fifth starter (usually), but he often tends to be less of a weapon and more of a fallback.

By October, your pitchers have gone through an entire regular season plus spring training. Their arms are tired anyway. Compounding that fatigue by asking them to pitch in unfamiliar situations can’t possibly have a positive effect on their performances.

The example that has always stuck out in my mind was that of Alexi Ogando in 2011. In the ALDS against Tampa, he allowed one hit in 2.2 scoreless, dominant innings over three games.  He was used more heavily in the ALCS, throwing 7.2 innings over four games. He posted a 1.17 E.R.A., but cracks appeared, as he blew a save in Game 4 while pitching two innings. He then threw another two frames in the clinching Game 6 even though the Rangers had an 8-run lead when he came in and rested middle relievers available. Sure, Game 6 was important, but did it make sense to add more work to your lockdown bullpen arms (setup man Mike Adams and closer Neftali Feliz also pitched in the 15-5 win) in that situation? I would suggest it would not have been a huge gamble to have left Scott Feldman in the game to preserve a huge lead, especially since you had the cushion of an ALCS Game 7 at home against a sapped Detroit staff and, right around the corner, The Goal.

How did Ogando fare in that 2011 World Series? He posted a 10.13 E.R.A. in 2.2 innings spread over six games. Did the St. Louis hitters just figure out his stuff the way Rays and Tigers hitters could not?  Or was he tired after heavy use in high-pressure situations on the heels of 169 regular season innings? I don’t pretend to know what the coaching and training staffs saw from him at that time to influence their decisions on his usage, but I would want those calls made with The Goal as the top priority.

Another case that comes to mind is that of starters throwing on three days rest. I found a bit of research about the practice, and the strategy of pushing starters doesn’t often seem to work out in either the short or long term. Paul Casella at mlb.com dug up some information about postseason starts. He wrote: “Since the introduction of the Wild Card in 1995, 78 pitchers have made a start on short rest following another start. Those 78 pitchers have combined for a 4.59 E.R.A., while their clubs went just 31-47 in those contests.”

SB Nation had some more stats. Between 2005 and 2011, a dozen pitchers made Division Series or League Championship Series starts on three days of rest. Only one of those teams, C.C. Sabathia’s 2009 Yankees, would go on to win the World Series. Recent evidence suggests that overusing arms does not help to achieve The Goal. Some examples:

John Lackey had lost game 4 of the 2005 ALDS pitching on three days rest. He then pitched game 3 of the ALCS, gave up three first-inning runs, five total, and lost.

In that same ALCS, the Angels’ Paul Byrd lost Game 1 pitching with three days rest. He then lasted only 4.2 innings in the Game 5 loss to the White Sox that eliminated the Angels.

In 2011, C.J. Wilson started Game 1 of the ALDS for the Rangers on short rest. After allowing eight runs in losing that one, he would pitch 23 more innings that postseason to an E.R.A. of 4.70 (he posted a 2.94 mark that regular season).

In 2013, Clayton Kershaw pitched effectively on three days of rest, winning the NLDS Game 4 to clinch the series. He pitched well the start after that, too. But in the decisive NLCS Game 6, he threw poorly and the Dodgers lost to St. Louis 9-0. Did pitching that game on short rest after 236 regular season innings lead to his poor performance at a crucial time?  You might also be able to make the case that winning that Game 4 of the NLDS kept other arms on the team fresher than if they had to go in a Game 5, but we do know for sure those Dodgers didn’t achieve The Goal.

Of course, stories abound about pitchers turning in great playoff performances on abnormal rest. The likes of Orel Hershiser, Sandy Koufax, Andy Pettitte, and Mariano Rivera performed amazing feats outside of their comfort zones.  The stats seem to mark those efforts by the game’s elite as outliers, though, and basing strategy on the idea that a pitcher should be able to duplicate what Mariano Rivera did seems risky at best.

Part of the reason one uses a David Price in relief on the day of his normal bullpen session is that, the theory goes, you want your best players in the game. Of course, if he can’t perform like his normal self due to fatigue or an unfamiliar routine, he isn’t one of your best players.

The “next man up” theory suggests that once you have gone all out to win that crucial early postseason game, somebody else on your roster has to step up once you do finally get to thinking about tomorrow. But if you’re going to have to trust that fourth starter tomorrow anyway, why not do it today, especially if that makes your ace perform better the next time you do use him? If you lose the ALDS in four games as opposed to five, it’s all the same if you have your eye on The Goal. If you can’t trust the players on your roster to give you at least a reasonably good chance of winning when they play, you should have made a deal in July or August to address that weakness.

Once you get deep in a World Series, you can worry less about pushing the arms a bit. Pitching Game 7 on two days rest in 1965 might not have been good for Koufax’s arm troubles, but it certainly helped the Dodgers achieve The Goal. Madison Bumgarner’s amazing performance in 2014’s Game 7 after just a two-day break made sense, too, especially when you consider that his Game 5 start had come on regular rest. Asking for such efforts multiple times during today’s extended postseason, however, doesn’t seem to be the path to success.

Managers have a hard job, and it is never more difficult than during pressure-filled October games. As they evaluate their players, it’s hard to know who can maintain a level of performance when fatigued and who can’t. There’s lots of luck involved, too. But in all walks of life, you’ll do better if you have a clear idea of what you are trying to achieve. Remember The Goal.