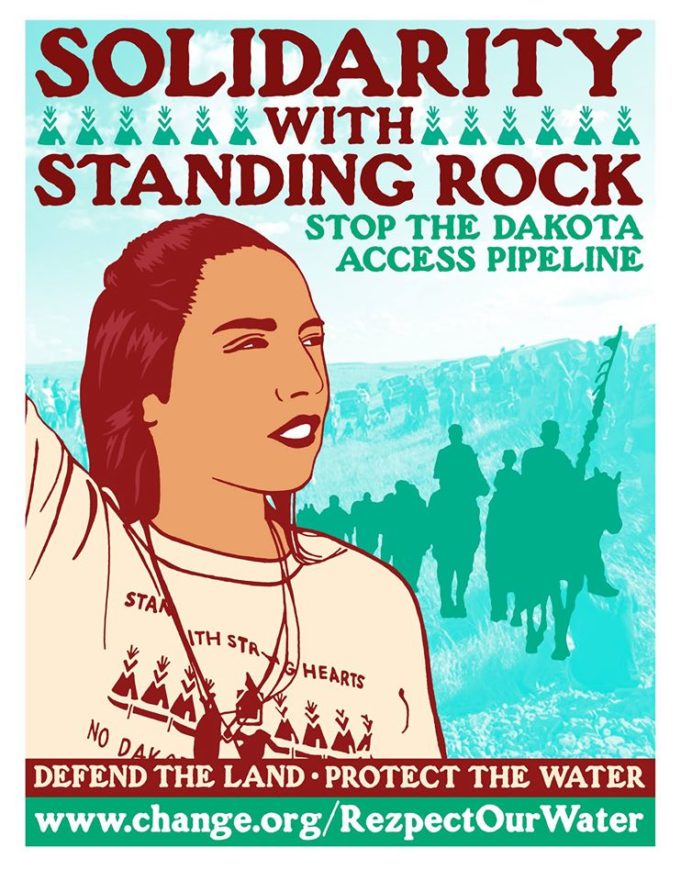 1) Hoo boy. What a country, amiright? Anyway, you can’t give up. And one way to keep fighting the Forces of Deplorableness is to drop by Dreamy Life Records and Music (in the Fairmount Community Library near 5th and Allen) on Thursday evening for their benefit to support the Standing Rock Pipeline Protestors, to who all proceeds will be donated. Performers include local songwriters Carey Wolfe, Luke McGlathery, Jacob Furr, and Vincent Neil Emerson, as well as poets Tammy Gomez and Asani Charles. In case you’ve forgotten, this is what the protest has been like.

2) Have you been to a show at Republic Street Bar yet? What are you doing Friday night? Because Surduda, Doom Ghost, and Morgan Lindley are booked there – given the election results, I expect these bands to sound a little, uh snarly? I certainly hope so. Do yourself a favor and check out Surduda’s EP, because it’ll remind you how your friends are important. Show starts at 9, and get there in time to watch Morgan Lindley, seen here, on someone’s porch.

3) Pinkish Black headline a behind-the-screen show at Dallas’ Texas Theater on Friday night, that also features space metal acts From Beyond and Wo Fat. Per usual, the bands play after the film; this time around, it’s Re-Animator, the 1985 gross-out horror comedy shown in glorious, gore-ious 35mm. Re-Animator starts at 9, and tickets are $10 for the flick, $8 for the bands, or $16 for both. Haha this movie rules.

4) Also on Friday: Fastball at Shipping and Receiving, with Kevin Aldridge and the Appraisers and Salim Nourallah in the opening spots. Is KXT promoting this concert? I certainly hope so, because they seem hellbent on making sure nobody forgets about the Austin-based “two-hit wonder” – I feel like I hear “The Way” on that station almost as much as I hear Tracy Chapman. But I also just perused an article making the case for Fastball’s broader catalog; since they are obviously still kicking around, I’d wager it’s probably full of good songs. And in fact, I’ve found myself making a similar case for Cracker, whose music I became a fan of thanks to someone else’s Columbia House CD club cast-offs. Five CDs for a penny? What a deal! The show starts at 9 and tickets are $21. This video is what some of drive-time alternative was like in 1999.

5) One time, D.C.-based, amplifier worshippers Jucifer played a weeknight show at Lola’s, and my friend Riley, not knowing anything about them, popped in to check them out. At the time, he was fronting a now-defunct local rock band you probably remember called We’rewolves, and I was stoked about the series of “HOLY SHIT”-type of texts that followed. So if you or someone you know has never heard Jucifer (because you typically hear them long before you see them), go to Lola’s on Monday night; this is what you’ll be getting into.