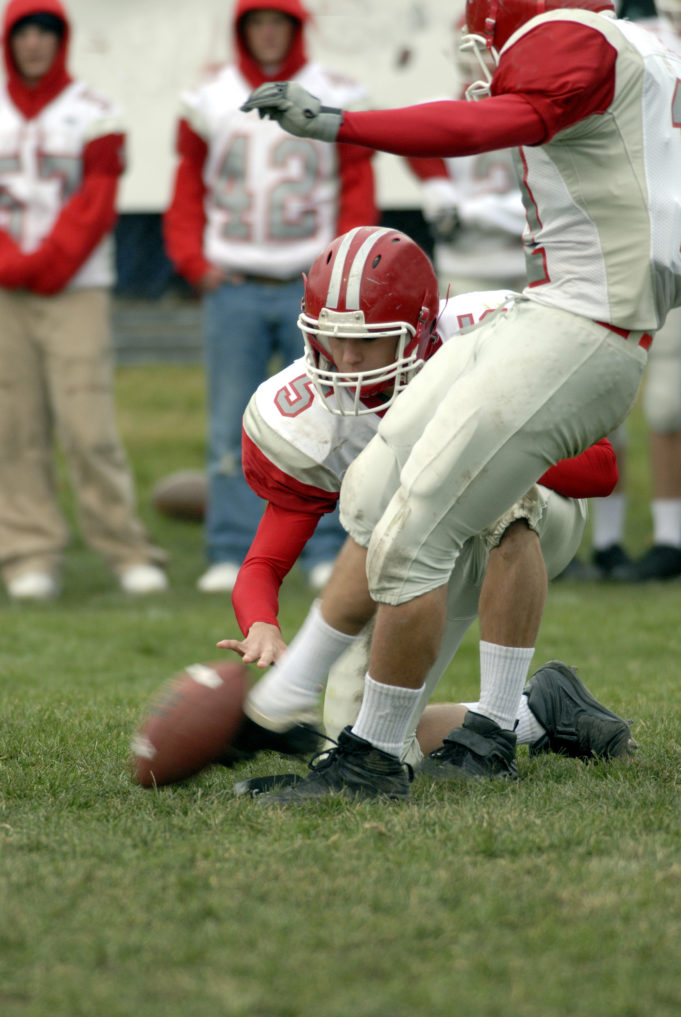 Sometimes a colleague at work calls in sick and you have to cover. You answer his phone. You check on her accounts. You kick his extra points.

Sunday, one of Jeff Heath’s co-workers had to leave the office early because he didn’t feel 100%. In this case, Dan Bailey injured his groin and the Dallas Cowboys needed someone to kick. Heath, unlike most you who pick up the slack for the guy who blew off his flu shot, had to perform his fill-in duties in front of thousands of people at Levi’s Stadium and millions more on television.

Heath did ok filling for the NFL’s all-time most accurate kicker. He hit two of three PATs and didn’t shank any kickoffs. He didn’t look pretty doing it, but he hadn’t kicked competitively since high school (when he was actually pretty good for that level).

In team sports, players move around to different positions with some frequency. Sometimes it’s not a huge leap. A regular offensive right tackle might not be a perfect fit at left tackle, but a majority of the basic skills overlap. A typical NFL team carries a number of men on its gameday roster with an abundance of bulk and blocking acumen.

But teams generally only carry a single kicker (and one punter, too). On rare occasions, franchises have employed a kickoff specialist, for the most part, professional roster limits preclude having anyone with significant kicking experience as a backup. The Cowboys actually can consider themselves fortunate to have a safety with Heath’s background. They can also consider themselves lucky the game wasn’t close.

In other sports, uneven contests sometimes let us see non-specialists perform other roles. In basketball, a blowout sparks crowds to cheer the player whose job description briefly changes from “practice fodder” to  “not a DNP-CD.” In baseball, a position player sometimes pitches to save his team’s bullpen when a comeback seems out of reach.

National League baseball, some might contend, gives us the nightly spectacle of a player performing an unfamiliar specialized role as pitchers flail away in the batters box.

For the most part, though, Heathian occurrences remain unusual. The unfortunate utility man designated as baseball’s emergency catcher almost never puts on a chest protector after a few spring training reps.

The National Hockey League has the best take on such situations. Its rule allows teams to plug in a goaltender who’s not even on the roster. The emergency backup will occasionally have to suit up due to a last-minute injury or travel delay for a minor league callup. A team can sign just about anybody (with league approval), and while a home team may have a netminder who occasionally practices with the team, a nearly comic spectacle can result if a team has to get a road city’s beer league goalie to sweat out a game on its bench.

Current Stars broadcaster Daryl Reaugh, who actually is a former NHL goalie, used to put the pads on when the team he covered needed an extra practice body. He never made it back into than actual league game, though.

“I never came close, but I was ready,” Reaugh said via email. “And I mean that! Coulda filled the gap and actually had dreams about it.”

Reaugh added: “A couple teams (Kings for sure) held open tryouts at camp this year to find a goalie to put on call. It’s easier in “traditional markets” to find a goalie at the spur of the moment than the Sun Belt.”

Back in the days when NHL teams generally carried only one goaltender, a “house goalie” would sit in the stands, available to whichever team needed him. In that maskless era, those guys did (very) occasionally move from the stands to the ice, but their present-day successors generally remain un-summoned.

But what if other sports adopted the hockey rule? Texas A&M has generated a lot of revenue and sore undergrad feet from E. King Gill’s willingness to go from the pressbox to the field and stand ready to participate. But how about if a team actually could pull a kicker out of the grandstand or luxury suite? Imagine the reaction last week if the PA announcer had requested anyone with high school or college placekicking experience or who is a pretty good soccer player report to the sideline? Heck, we might even get the first female NFL player, if one sees Kathy Ireland’s performance in Necessary Roughness as credible (and why wouldn’t you?).

Or in baseball, when we get deep into extra innings and the manager inexplicably used his long man for a righty-righty matchup back in the 6th, could the cry go out for any former Little League phenoms in the crowd?

There is clearly money to be made here, too. What temp agency or hospital with an ER wouldn’t want to sponsor the Emergency Sub of the Game?

So maybe other sports could take a cue from hockey. Even if the newbie didn’t get in and just sat in the bullpen or next to the kicking net, it would add entertainment value. Tennis doubles, the Ryder Cup, synchronized swimming – they all might benefit from adopting the NHL’s approach to addressing sudden job openings.

At your job, the boss might have called in a retiree to fill in for a short period of time. It happens all the time, albeit at a lower level of stress than having to suddenly face onrushing 300-pound linemen or 100-mile-per-hour slapshots.

Hey, perhaps even the sportscasting profession could benefit. (“if you took a speech class in middle school, could you please report to the booth”). What if Razor were to sprain a vocal chord while vociferously calling the heck out of a larcenous save? Hey come to think of it, I did call a few minor league games back in the day and if I’m right there in section 304 . . .