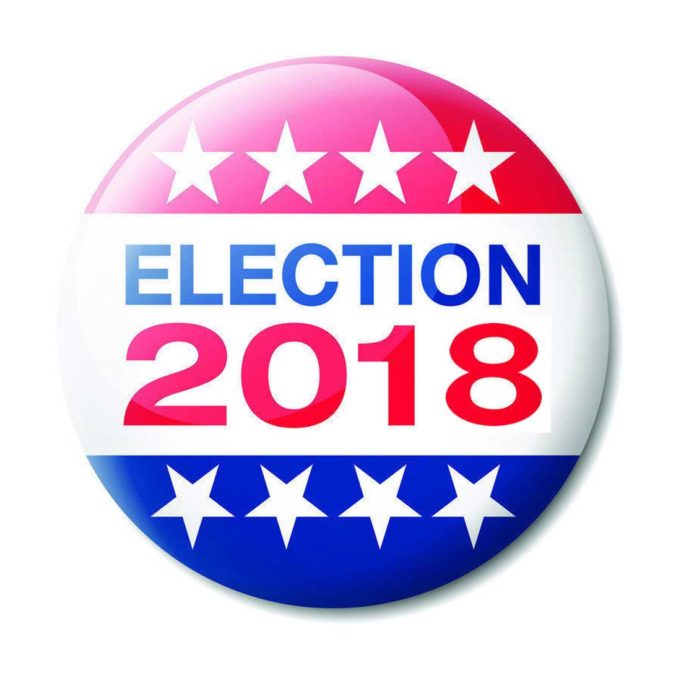 The incessant lying is the worst. Other characteristics defining President Donald Trump after one year in office include being arrogant, tactless, and willfully ignorant. And those are strengths in the eyes of his base. They’re with him as long as he keeps sticking it to the crybabies on immigration, military spending, global warming, social services, Israel, judicial appointments, and anything related to Obama.

The swamp that needed draining has become a shark tank instead.

The question is: How will Trump’s first year in office impact local elections?

Texas votes ruby red. Guns should be hot and smoking, women pregnant, and marriage sacred in the eyes of Jay-zusss! Keep Mexicans on their side of the border, gay people in their places, and weed dealers in jail. And stop giving food stamps to fat, lazy folks.

But approval polls show the president’s popularity has been in steady decline since Inauguration Day. He’s too much of a crass, lying bully for some former supporters, and he is getting soft in the eyes of some of his base. He’s waffling on gun control. Going overboard on tax relief for the rich. Tweeting too much crap while on the crapper. And let’s not forget how chummy he’s always been with money launderers and Russian schemers.

Nobody expects a Trump trickle-down backlash on the Republican Party to turn Texas blue, although the general election on Nov. 6 will be interesting to watch. First, though, we look at some of the races in the upcoming primary election on Tuesday, March 6. (Tarrant County’s website lists the various upcoming races.)

On the state level, our rogues gallery of family-values preaching but ethically challenged moralists up for re-election includes Gov. Greg Abbott, Lt. Gov. Dan Patrick, Attorney General Ken Paxton, and Commissioner of Agriculture Sid Miller. All are middle-aged white guys spewing divisive, partisan politics even as the state and nation would benefit from a more middle ground. We need levelheaded officials who don’t see every issue in black or white while pandering to extremists. Vote for whomever you wish, just make informed decisions when choosing the people who will lead us into the future. That being said, all of the aforementioned incumbents need to be booted out.

Railroad Commissioner Christi Craddick, a Republican, is being challenged by fellow Republican Weston Martinez. On the Democrat side are Roman McAllen and Chris Spellmon. Despite its name, the Railroad Commission of Texas has little to do with trains and instead regulates oil and gas. Tarrant County residents were among those in the Barnett Shale play that quickly discovered how complicit the drillers, regulators, and politicians are in sidestepping issues related to the environment, our quality of life, and local control in the scramble for natural gas. Don’t be lulled to sleep by recent inactivity by urban drillers. When natural gas prices go back up, the drilling will resume, and the problems will return.

The three-person Railroad Commission is composed of all Republicans all the time. The commission does a poor job of protecting people who own property without mineral rights and needs to bare its regulatory teeth more often. That might happen with a change in blood. We favor the smart, combative McAllen despite his penchant for wearing bow ties.

The difference between them could perhaps be summed up in two words: hard right. Republican factions are embroiled in a battle pitting moderate incumbents, educators, and business types against a handful of wealthy, rightwing religious conservatives who are funding candidates to turn the Lege further right. The handful in question includes fracking boom billionaire brothers Farris and Dan Wilks of Cisco and Midland oilmen Tim Dunn and Kyle Stallings.

French lists among his endorsements Empower Texans, an ultra-conservative, hardball-playing group whose main funders include the aforementioned oil-rich donors. His endorsements also include Texans for Fiscal Responsibility (Wilks family and Dunn) and Texas Right to Life (Wilks family, Dunn, and Stallings). French challenged Geren in 2016 but was defeated by 16 points.

Geren has raised less campaign money than French, whose campaign received a $200,000 infusion from Empower Texans, the group that also has supported private school vouchers and limiting state spending on public education. On French’s website, he states his view that “school choice is a civil rights issue.” Geren, who touts that he restored nearly $5 billion in funds that were cut from public schools, intends, if re-elected, to push for elimination of the “Robin Hood” method of school finance.

Geren’s ethics, though, have been questioned regarding his long relationship and ultimate marriage to a top lobbyist in Austin. His political enemies have funded mailers attacking pro-public education candidates. Last week, prosecutors in Travis County began reviewing a criminal complaint against Empower Texans for a mailer that looked a lot like an official government communication. The notice from the “Texas Ethics Disclosure Board” warned voters about Geren’s “relationship with a registered lobbyist.” While the mailer did state (in small letters) that lobbyist Mindy R. Ellmer is Geren’s wife, it does not negate our view that Empower Texans and its “Texas Ethics Disclosure Board” might themselves need a refresher course on ethics.

Tarrant County Judge Glen Whitley and two members of the Commissioner’s Court, Andy Nguyen and J.D. Johnson, are all running unopposed in the Republican primary. Whitley, who has served as a commissioner or judge for 22 years, sparked interest two weeks ago when he spoke to business leaders in Arlington and said the Texas Legislature was responsible for property tax increases by regularly dropping the percentage of funds they provide for schools and un-funded mandates. He repeated the charge two days later and on that occasion mentioned Empower Texans’ Dunn. Whitley said he would never vote for a candidate who took money from that group. It was a bold statement, but Whitley told us he could take the heat.

“A lot of people didn’t like what I said,” he said. “But then a lot of people said they had my back. I told them that when I turn around, I’d better see your eyes and not your backside running away.”

Whitley will face Democratic challenger Lawrence Meyers in November. Meyers switched parties from Republican to Democrat in 2013 and subsequently was trounced in bids for both the Texas Supreme Court and his old seat on the Criminal Court of Appeals.

Nguyen will square off against Democrats Devan Allen and Syed Hassan in the general election.

Tarrant County District Clerk Tom Wilder drew a Republican challenger in Frank Palomino, while John Derewitz is running unopposed as a Democrat. The job requires managing the business operations for 27 elected courts and 15 associate judges and magistrates. That’s a bunch of paperwork and money to track, and Wilder has done a decent job since being elected in 1995. But his long reign has also seen him become ornery, combative, and spiteful. Both he and his Republican challenger, Palomino, embarrassed themselves while being videotaped last month at the Fort Worth Star-Telegram office. Derewitz sees an opportunity, writing on his Facebook page that he wants to improve the office’s “function and efficiency” while his Republican opponents “are busy with personal attacks against one another.”

Sharen Wilson, Tarrant County’s first female district attorney, took office in 2015. With an annual budget around $36 million and a docket that averages 45,000 criminal cases a year, the DA’s office is one of the largest and busiest in the state. Wilson pledged to be tough on crime while overhauling her department. Her carrot-and-stick approach to management has included the creation of a unit to review prisoners’ claims of wrongful convictions and more strictly enforcing the collection of bail bonds for defendants who flee before trials. On the negative side, Wilson was accused of misusing her position to obtain private information for the purpose of fundraising, and she said she erred in emailing campaign information to her employees.

Wilson is running unopposed in the primaries but will face lawyer and Democrat Albert Roberts this fall.