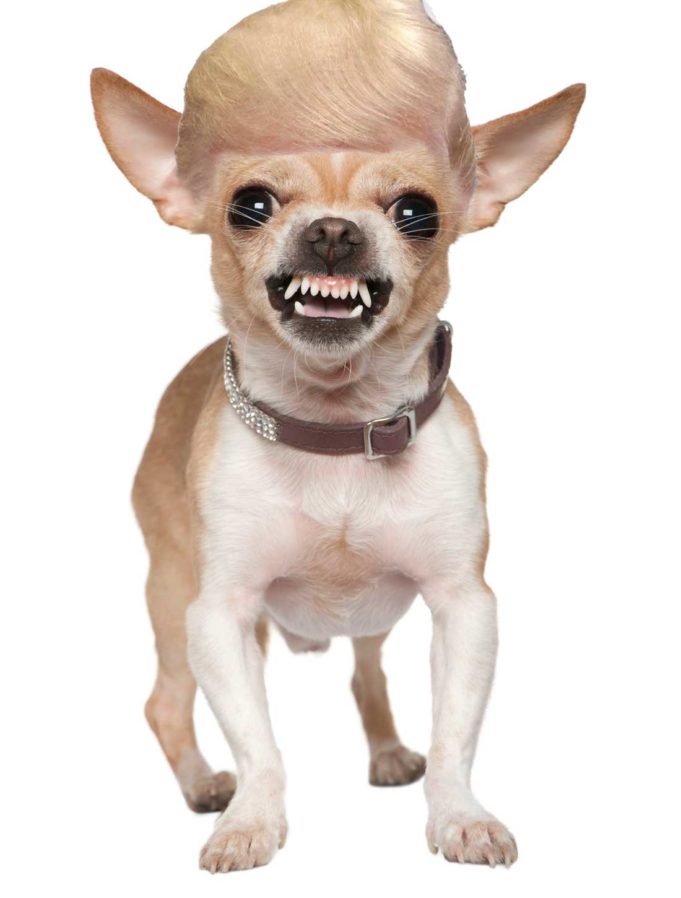 The annual Conservative Political Action Conference (CPAC) is the kind of gathering that makes this writer feel compelled to quip that it is a place where souls go to die. Except the attendees are soulless. No, this is a pack of rabid wild dogs who cluster to cackle and snarl over gleefully shared carrion.

Two Fridays ago, the notional POTUS lolloped onstage, the clear leader of the CPAC hordes, the mystifyingly maned top dog who currently squats at 1600 Pennsylvania Avenue, Washington, D.C. You can tell that CPAC is his pack as he delivers each punchline with that look on his face. You know the one, the self-satisfied gurning of a baby who has just dropped a huge payload in his diaper and then sat down hard.

“Mexico will pay for the wall!” Splat!

(One time, some of this leakage wrapped itself in a suit of human skin, changed its name to Wayne, and became head of the NRA. True story.)

A golden oldie of the top dog’s fetid (s)hit parade was dusted off at CPAC because, you know, #YOPOTUSO (You’re Only POTUS Once). Remember “The Snake”? First trotted out in 2016 to dehumanize Muslims. Ignoring the fact that the poem/song was penned by Oscar Brown, an African-American social activist in the 1960s? The text has been appropriated for a little down-home fireside racism, fearmongering, and cold, hard xenophobia. Here, a threatening brown person. There, a dangerous criminal (also brown, obviously).

(Let us pause to consider a point of fact. The POTUS is a public servant who holds office at the pleasure of every voter in the United States. Everything the POTUS has is paid for by and is for the people of the United States. Without “snakes,” Air Force 1 might not have been afforded $24,000,000 for new fridges. Neither would there be so many Secret Service personnel 24/7 to protect POTUS).

It was upon this backdrop, if one might think poetically for a moment, that the Supreme Court issued a ruling just three days post-“The Snake” on the legal status of Dreamers. The highest court in the land declined to hear the Department of Justice case appealing a San Francisco federal judge’s ruling. As a result, the lower court ruling remains in place, meaning the government is required to keep Deferred Action for Childhood Arrivals (DACA) in place, quite likely beyond the White House-imposed deadline of March 5, 2018. That is the long and the short of it. There is a bunch of legalese and government hand-wringing over the outcome. Suffice to say that the Supreme Court ruled as it did, in effect, because the DoJ did a shonky job of presenting its case and appealed to the higher court to do something it was always highly unlikely to agree to. Despite this, our erstwhile public servants remain un-cowed, vowing to keep throwing the same crap at the same wall in the baseless hope that some of it will stick. The White House has a story and is sticking to it, however tendentious.

How is Texas responding to the current inconvenient truth of the legal status of Dreamers? Naturally, pack dog Ken Paxton bit back by threatening to sue the federal government. Once again. Paxton, as you may recall, made suing the Obama administration his full-time job. And rarely successfully, I might add. Back in the real world, activist groups such as United We Dream are calling for a permanent solution which will put an end to the limbo in which Texas’ 124,000 Dreamers have been living since September 2017, when the White House first showed its yellowing teeth, granting Congress six months to come up with alternative legislation or bring an end to the program by default.

What happens next? More of the same, I’ll vouchsafe: racist rhetoric, court case upon court case, sleepless nights for Dreamers everywhere. Should the wild dogs get their way, many of our friends’ and neighbors’ families will be torn apart, and according to a recent report by Interfaith Workers Justice, a national network that seeks to advance workers’ rights through grassroots organizing, Texas will lose an estimated $6.3 billion annually.