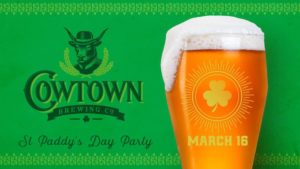 The green brews will be flowing in Rock Island come March 16. Mitchell Ferguson will set everyone to grooving from his live tunes. Dust off that kilt and receive a free beer wristband and Cowtown glass when you stop by. 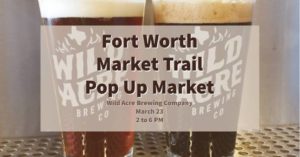 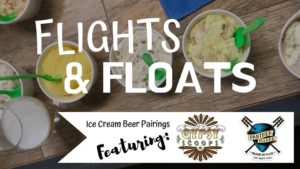 What goes better together beer and ice cream? The Northside folks at Panther Island Brewing are teaming up with Gypsy Scoops for this fun afternoon event. 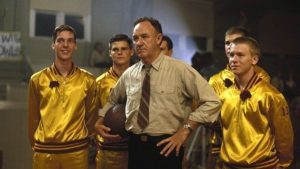 Enjoy a flick and a Wild Acre Brewing Company Texas Blonde later this month at Flying Saucer Fort Worth. This month’s feature is Hoosiers. 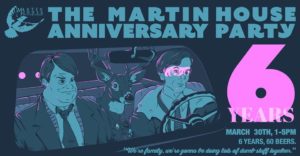 Whelp, I’ll be on Art Tooth’s pArty bus drinking Martin House beers this day. I imagine that kinda counts as celebrating the Riverside brewery’s big 6 year anniversary. For those of you who are untethered to the aforementioned Gallery Night pArty bus, the Riverside party offers 60 beers, food trucks, and a Chris Farley impersonation contest. Cheers to six years! 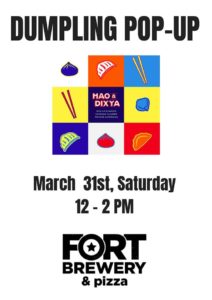 The culinary duo Hao & Dixya keep knocking out amazing dumplings. You can catch their next pop-up at Fort Brewery & Pizza later this month. 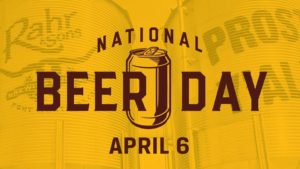 From Rahr: Because happiness lies in the hands of the beer-holder!  Purchase tickets online for $20. We are completely cashless and paperless! Social Run includes: a three-ish mile run/walk (untimed) with water stations throughout, three free brew samples, pint glass, a and hot breakfast! The big run starts at 9am. 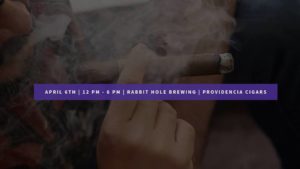 Providencia Cigars will be set up with onsite specials and we will have a whole bevy of new varieties for you. Rabbit Hole will designate a dedicated smoking section for cigars in the parking lot near the Providencia tent! Meanwhile, we will all sit back, relax, and enjoy to the jams of the Martin Brothers, playing from 2pm-6pm, while sipping award-winning Rabbit Hole beer. 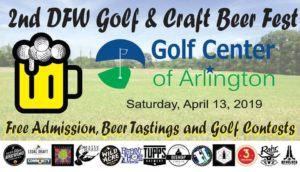 Beer has always been the drink of choice while teeing off.  DFW Golf & Craft Beer Fest at the Golf Center of Arlington will feature beer tastings, golf demos, a golf contest (where you can win clubs, gift certificate, and swag), and party night. 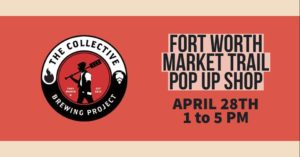 It’s time to live the “shop local” mantra. Shop, drink, and shop some more at Fort Worth Market Trail at The Collective Brewing Project. Featured vendors include Paisley Days Handmade, Kamila Jewelry crafts, and others.

We’re waiting with beer-bated breath for the big opening of Near Southside-based Funky Picnic Brewery & Cafe. Follow their Facebook page for updates. 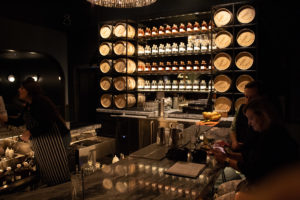