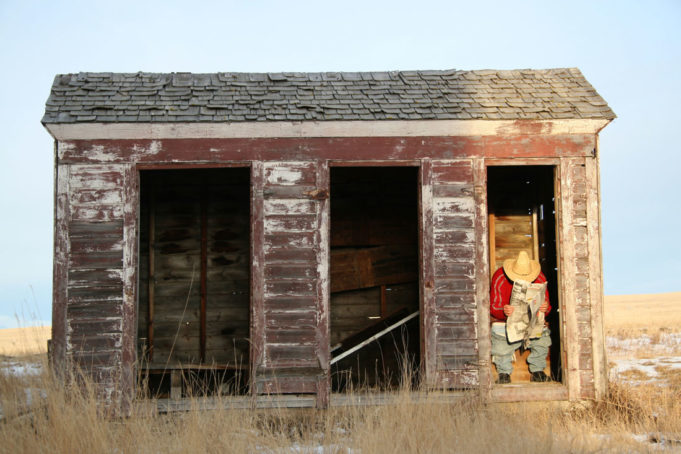 On the same day that Texas legalized all hemp products in the state, police in nearby Duncanville and Lancaster did the obvious: They raided two GM Tobacco stores on suspicion of selling marijuana.

The cops, according to a Duncanville police statement, seized “30 pounds of marijuana, hundreds of pounds of CBD oil in various forms, weapons, and other evidence pertinent to the case.” No arrests were made, and the cops are trying to gauge the products’ amount of THC, the principal psychoactive constituent that creates the high, which is considerably higher in the female marijuana plants than in the legal, male hemp plants.

Police also seized thousands of dollars, surveillance equipment, and employees’ smartphones. A GM Tobacco store manager, Justin Rowdy Snow, told us that he was at the Lancaster store when the raid occurred.

“They really believed they were taking marijuana from us,” Snow said. “They didn’t draw guns or anything, but they were pretty aggressive. They made me take out my own money and took that along with my cell phone. I got the money back a couple of days later, but I still haven’t got my phone back. Tell you the truth, I was freaked out.”

According to the GM Tobacco website, the two Texas stores, as well as two more in Minnesota, are “full-service tobacco shops,” selling cigarettes, cigars, electronic cigarettes, smoking accessories, and other tobacco-related products. There is no mention of CBD oil on any of the stores’ websites.

“That was a big part of what we do, selling CBD oil,” Snow said. “It doesn’t get you high at all, but it helps people with PTSD and other stress issues, among other things.”

April Reiling, the public information officer for the Duncanville police, said testing of the confiscated material is ongoing: “The results of the tests are on whether the plant material confiscated was marijuana or had such a low THC amount that it would be classified as hemp. We plan on issuing a statement when we have that information.”

The two raids occurred on the same day that Dr. John Hellerstedt, commissioner of the Texas Department of State Health Services, signed an amendment removing hemp from the Texas schedules of controlled substances, where the plant has traditionally been classified with marijuana. That will be effective April 5. The reclassification brings Texas’ controlled substances schedule into line with the federal schedules, which legalized industrial hemp across the United States with the passage of 2018’s Farm Bill. While marijuana remains illegal on a federal level, hemp with a THC count of .3 or less is now legal, and Texas statutes force the state to mimic the federal controlled substances list.

Trey Phillips, who with wife Lisa Phillips owns Fort Worth’s Thrive Apothecary, which specializes in selling CBD oils for general care of health and body, called the raids “a prime example of uneducated law enforcement that doesn’t know the difference between hemp and marijuana and maybe don’t want to know the difference.”

Trey, who spent nearly 20 years with the Fort Worth police, including time as a SWAT team leader, does not think there will be any raids of the handful of Fort Worth stores that carry CBD products.

“It would be a public relations nightmare for them if they did,” he said.

Amy and Houd Wazwaz, co-owners of the GM Tobacco stores, were not available for comment, but Snow said that he’d been told the stores were expected to have their CBD products back on the shelves by April 5, when the amendment to Texas’ controlled substances act goes into effect. – Peter Gorman 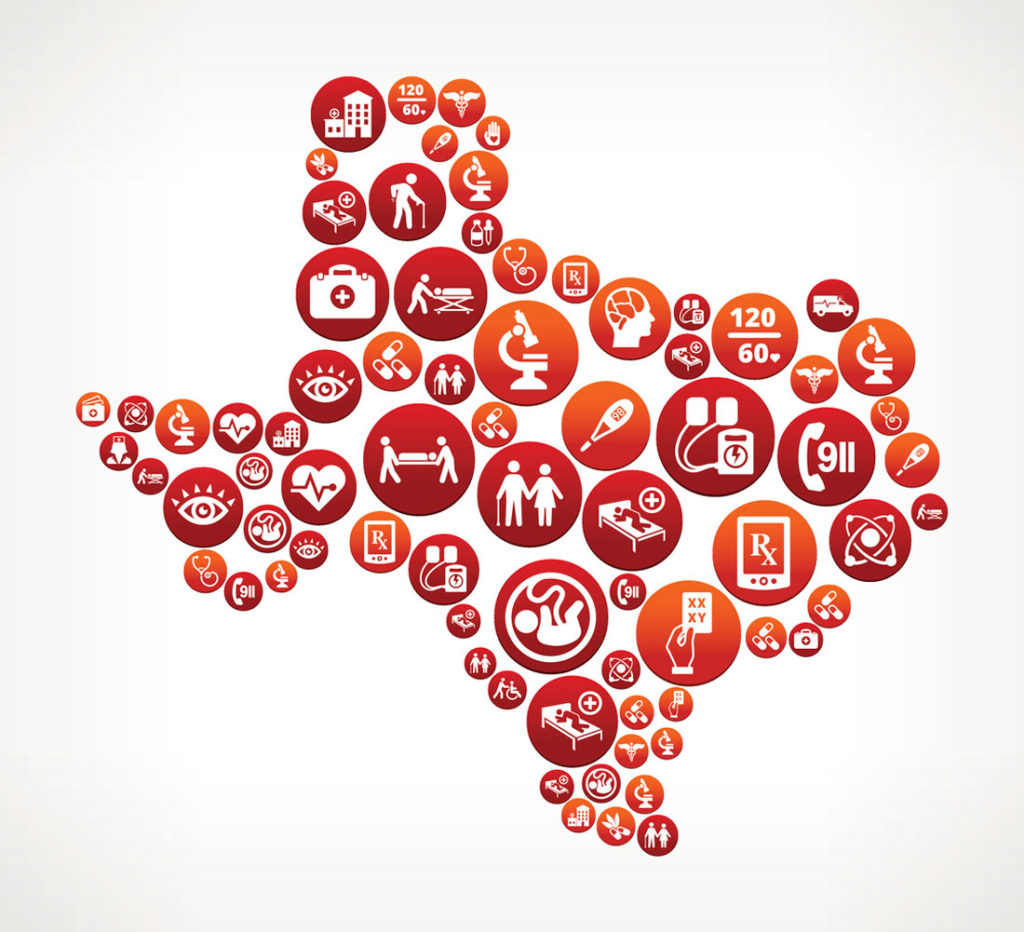 Healthcare is political for corporate lobbyists, who spend fortunes influencing legislation and regulation of their industries. It’s political for representatives, who serve donors over constituents to be reelected. It should be political for people who fundraise online to survive their diagnoses.

Health insurance isn’t the same as coverage and access. Medical debt remains the most common cause of bankruptcy. In the United States, three out of four people can’t financially withstand a medical diagnosis, and even people with insurance can’t always access or pay for care.

Every day, Texans make choices to take their children to the doctor or to wait, whether to pay medical bills or rent, and whether they can afford the treatments that they need, not only to survive but to thrive.

Many wait until an emergency to seek care. What most don’t know, however, is that hospitals are only required to stabilize people without insurance: not to treat, cure, or prevent deterioration. But people don’t just need sick care. They need healthcare.

For starters, Texas has roughly 60 percent labor force participation, and the oversimplified unemployment rate doesn’t include nearly half of the state eligible for work or those underemployed in gig economy work without benefits. It also doesn’t include the nearly 250,000 people in the state’s jails.

Texas rejected the federal Medicaid expansion in the Affordable Care Act. Many who would qualify for Medicaid in another state cannot get access to low-income healthcare here as a result.

Another 400,000 children of working families that don’t qualify for Medicaid will likely lose coverage this year. In 2018, Congress defunded the Children’s Health Insurance Program (CHIP) with no replacement, and short-term federal funding will carry the program only through March 2019. Texas already leads in uninsured children, and addressing the threat of one million Texas children without access to healthcare should be a top priority for representatives.

Without health, children cannot learn. Without access to comprehensive care, children with learning and developmental disabilities, physical conditions, and other health concerns are going undiagnosed and untreated.

There’s a deep-rooted fear of government involvement in healthcare. And yet corporations have control of insurance — what it costs and what it covers — and make themselves richer while we get sicker. The United States pays the highest costs for care in the world for some of the worst health indicators among developed nations.

We need to close the uninsured gap. Every other developed nation in the world has done it. The private insurance industry is entrenched in the financial relationship between lobbyists and lawmakers. Elected officials and their corporate donors have power, and power concedes nothing without demand. If we are going to join nearly 60 percent of the country supporting Medicare for All, we must build the power to demand healthcare as a human right. – Lizzie Maldonado

The Rush Is On

Just west of Fort Worth in Parker County, groundwater is becoming the new “Texas tea.” Homeowners who rely on water wells worry that the ever-increasing number of people moving to the area will suck the aquifers dry. Ever try taking a bath without water? You’re basically just sitting there naked, rubbing yourself for no reason.

Worries that aquifers are being depleted faster than they’re being restored are warranted, based on studies by state water experts.

The conservation district’s board of directors, however, voted 5-2 to kill the proposed rule change.

The counties, particularly Parker, don’t fit easily under a conservation district’s umbrella of powers. Many populated areas such as Tarrant County rely on lakes and reservoirs. In Parker and other western counties, surface water is limited. Building a new lake can take 25 years or more to complete. Not an easy fix.

Aquifers in North Texas are mostly located many hundreds of feet below the ground, making it expensive to drill down into them for water. Typically, developers lay pipes and build infrastructure to tap into municipal water supplies, a costly but necessary part of doing business. In Parker Country, aquifers are shallower. Drilling a water well might cost as little as $10,000 rather than the $25,000 or more needed in Tarrant and other counties. Developers in Parker County can create subdivisions with houses sitting on two-acre lots relying on groundwater from private water wells, which developers have been drilling by the thousands. Increasing tract sizes is one of the few ways that district officials can limit the number of wells. Once a homeowner’s private well is established, it falls under the state’s “rule of capture” law and is mostly exempted from a conservation district’s industry-focused rules, meaning homeowners can pump as much water as desired regardless of the impact on surrounding wells. Texas is one of the few states remaining with a rule-of-capture law.

Some homeowners in Parker County are struggling to pump enough water to do their daily housecleaning, bathing, cooking, and lawn maintenance. Clump too many houses together with too many straws dipping into the same aquifer, and shortages are inevitable. Attempting to spread out those houses more than twice as far apart as the current law allows was a bold move to relieve pressure on the aquifers. Instead, pressure escalated among developers who envisioned diminishing profit margins. A developer can build 50 houses on a 100-acre lot under the current rule but only 20 houses under the proposed rule.

Developers complained loudly at public hearings. County commissioners, who appreciate the tax revenues that go along with increased development, listened. Those same commissioners appoint members to the conservation district’s board of directors, the bunch that voted down the proposed rule change.

“Politically, it just, uh … there were a lot of folks that had a lot of concerns,” said Doug Shaw, the conservation district’s general manager.

Board members worried the rule change would prompt lawsuits.

“It didn’t seem like the right thing to do, to get tied up in litigation and spend so much public money in litigation,” Shaw said.

In about 98 percent of the state, the predominant users of groundwater are municipal suppliers and commercial users.

“We have authority and powers given to us by the state to regulate and manage the amount of water those wells produce on an annual basis,” he said.

That authority dwindles with private domestic wells, which some homeowners view as a green light to build world-class sprinkler systems to establish massive lawns with thirsty St Augustine grass since the water is “free.” Rule of capture allows it.

That’s the rule that needs to change.