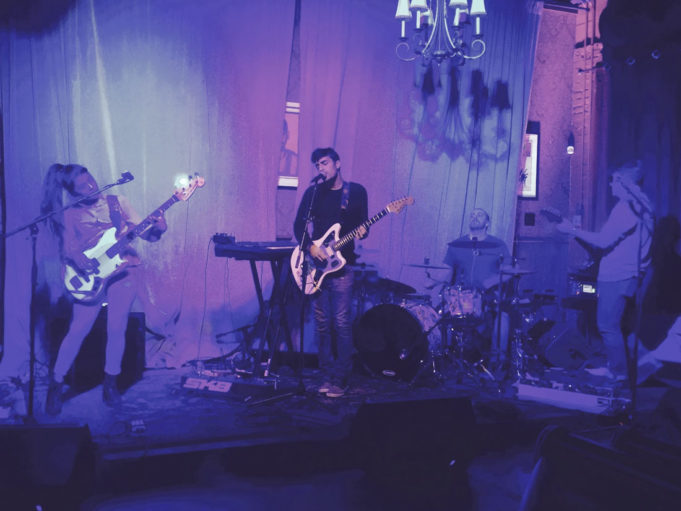 Somewhere in Garland, graffiti covers the dingy walls of an abandoned maternity ward. Silence is most likely the only thing to be found behind any of a long hallway’s several doors. It is rumored that the cat-like cries of spectral newborns can be heard echoing in the emptiness at night.

Suddenly, the silence is cleft by the stab of an electric guitar. As drums and bass join in, the haunting darkness is tamed, replaced by the sound of danceable rock music.

No, this is not a scene in a new Candyman movie, nor the setup of the latest installment in the Resident Evil video game series. This is just a normal rehearsal night for the Fort Worth dream-pop quartet Phantomelo.

The group has found themselves rehearsing in these spooky confines due to two successive floods to the house (and former practice spot) of singer/guitarist Will Rakkar and bassist Amanda “Panda” Cuenca in the span of three days last September. The couple suddenly found themselves out both a place to live and jam. A friend helped solve one issue by suggesting the maternity ward. It’s certainly strange, but they’re making the most of it. As they’ve gotten more comfortable there, “The Baby Prison,” as Cuenca calls it, may even have worked some of its mysterious alchemy into the band’s music.

“At first, it was really creepy, but it’s actually a cool spot,” Rakkar said. “I know there were a lot of babies born there, and I like to think that we’re bringing some new life into the world there ourselves with our music.”

This Saturday, the most significant of Phantomelo’s musical progeny will finally make its way into the sunlight. The band’s EP is dropping, and they’re hoping it not only continues the momentum they’ve been building lately but also that it takes them to the next level. 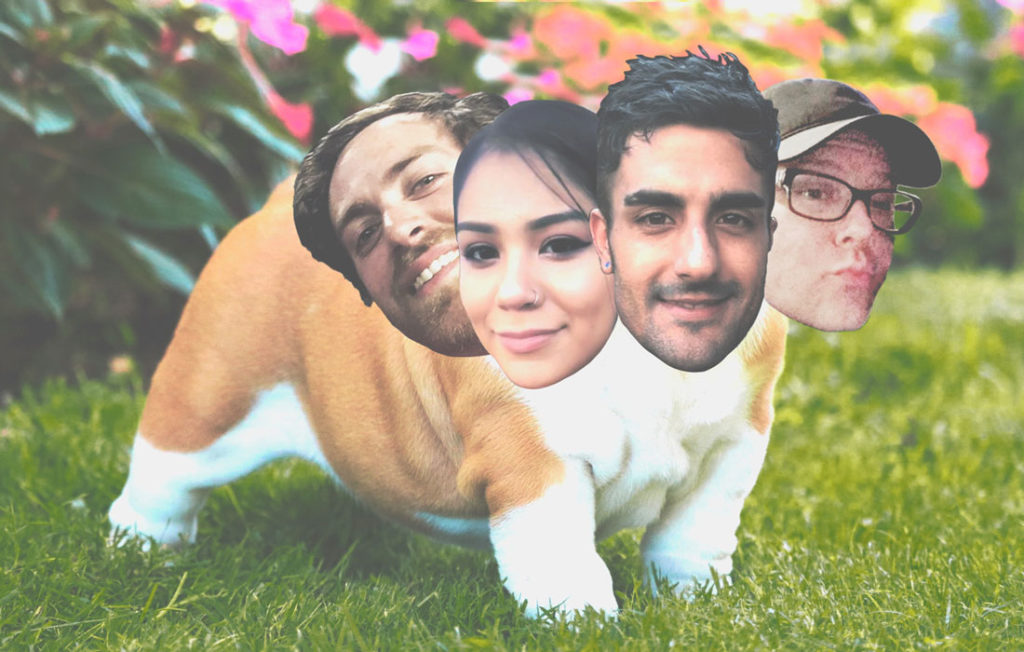 Adorably titled Pet Your Dog More, the four songs feature a new second guitarist, San Diego transplant Will Kimbrell, who joined Cuenca, Rakkar, and drummer Jeff Gerardi last fall just after the release of their first single, “The Tempest.” Kimbrell’s addition is immediately recognizable on the EP, as his contributions widen the band’s sound greatly.

“When [Kimbrell] joined the band, there was just so much more we were able to do,” Rakkar said. “Our sound is much fuller. We’ve really been able to expand the sound we make and successfully create a mood.”

In addition to Kimbrell, a great influence on the tranquil, dreamy rock of Pet Your Dog More is the work of L.A.-based mastering engineer Hans DeKline (U2, Pixies) and producer/engineer Taylor Tatsch (Maren Morris, Shadows of Jets). The band spent two days at Tatsch’s Audio Styles studio in the scenic Texas hill country last October. Tatsch offered the band much more than simply someone to set up mics and press “record.”

“Working with Taylor Tatsch was an absolute dream,” Rakkar said. “He really picked up on the vibes that we were trying to accomplish on the recording. Not only is he just great at recording, but he also offers creative ideas to make a song better. He just adds these little touches that really make it.”

A video for the EP’s first single, “Gum Love,” was just shot by Coffee Pot Films and will precede the album’s release with a premiere on Friday. The following night, Phantomelo commemorates the release of PYDM with a show at Lola’s Saloon with Ryker Hall, Hen & the Cocks, and Catamaran. There will be a raffle to win some of the band’s merch, and the first 50 people through the door will receive complimentary diffraction glasses to heighten the psychedelic experience of the foursome’s light show. Cover charge is $8