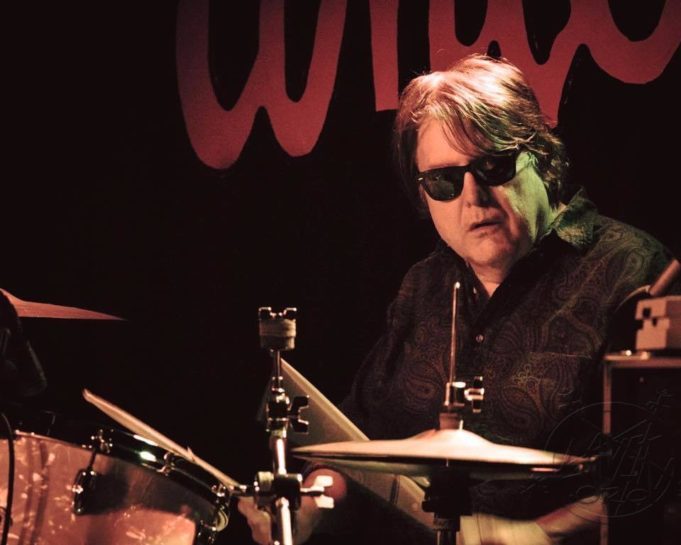 Fort Worth native Mike Buck’s musical career has taken him all over the world.

As the drummer for The Fabulous Thunderbirds and The Leroi Brothers, Buck has seen his share of stages. But when his newest band, Eve, Leady, Buck and Speedy, plays in Fort Worth on Saturday, June 29, it won’t be just another return to his hometown.

Prior to a gig at Shipping & Receiving Bar that night, the band will perform a set at 3 p.m. at Record Town, a store that in the 1960s helped form Buck’s taste in music.

“I used to go there as a teenager to buy records,” Buck reminisced recently. Working at the shop was Sumter Bruton III, whose parents opened the store in 1957, then located near TCU.

“Sumter would steer me towards the good stuff: blues, r&b, and jazz. He’s always been kind of a mentor to me,” Buck admited. “He’s just so knowledgeable about music and the history. I got a lot of good early blues records there: Robert Johnson, Freddie King. Sumter was a big champion of (Clarence) “Gatemouth” Brown, his early stuff before his resurgence in the 1970s.”

Shortly after graduating from Castleberry High School in 1970, Buck started working at The House of Pizza. It was there that a chance encounter led to him joining Robert Ealey and the Five Careless Lovers, a band in which Bruton played guitar.

“Robert would do some gigs there,” Buck recalled. “And I was actually washing dishes there. Buck sat in “and played drums some and just kind of joined the band.”

Ealey’s group, which also featured legendary guitarist Freddie Cisneros, bassist Jackie Newhouse, and Ralph Owens on keyboards, played all over Fort Worth. Buck recalls gigs at Chicken In the Basket, Mable’s Eat Shop, and virtually becoming the house band at The Blue Bird.

In 1977, Buck moved to Austin to join The Fabulous Thunderbirds, recording on the band’s first two albums. He then was a founding member of The Leroi Brothers, along with guitarist Don Leady, who is also in Eve, Leady, Buck and Speedy.

In fact, this is a band with a lot of shared history.

Guitarist Eve Monsees is also Buck’s wife. The couple co-owns Antone’s Record Shop in Austin. They play together in Eve & The Exiles and often at Leroi Brothers gigs. While Monsees also plays frequently with The Bluebonnets, sharing guitar duties with Kathy Valentine of the Go-Go’s.

Buck and Monsees also host a Wednesday night residency at Antone’s Nightclub where they invite various Austin musicians to play with them. One of those gigs led to the formation of Eve, Leady, Buck and Speedy.

“Don Leady actually lives right behind our house. He’s our neighbor,” Monsees explained. “ Bassist Speedy Sparks, she continued, “lives pretty close by, too. It’s been real convenient for us to get together and rehearse. Most bands, you get together and work on your set and that’s what you go out and play. But with this band every rehearsal is pretty much a whole new batch of songs. Don is constantly writing songs. And sometimes he’ll just bring an accordion to rehearsal and we’ll play polkas. And sometimes we’ll play rockabilly. Because we all love so many types of music, this has been a good outlet to venture off into some different genres that maybe we haven’t had a chance to explore quite as much. But overall, it’s Texas roots music. It’s just a bunch of friends playing music they love.”

Monsees credits Leady with keeping the band fresh. “He’s obsessed with sounds,” she marveled. “I’ve never played with anyone quite like Don before. To be doing it as long as he has, and to still be as excited as we all were when we first picked up an instrument. It’s pretty cool to see that.”

The in-store appearance at Record Town will also give Buck a chance to reconnect with one of his oldest friends, store manager and keyboardist Gerard Daily.

“Gerard and I played together with this rockabilly singer Ray Campi at the Kerrville Folk Festival,” Buck said. “We have been friends for a long time. We share the same birthday. He’s a year younger than me. He’s a hipster, bebop kind of guy –– a kindred spirit for sure. There was a little group of us in Fort Worth: Jim Yanaway, Ted Tucker, Gerard, Sumter. We all hung together. We had a little beatnik enclave in a sea of rednecks.”