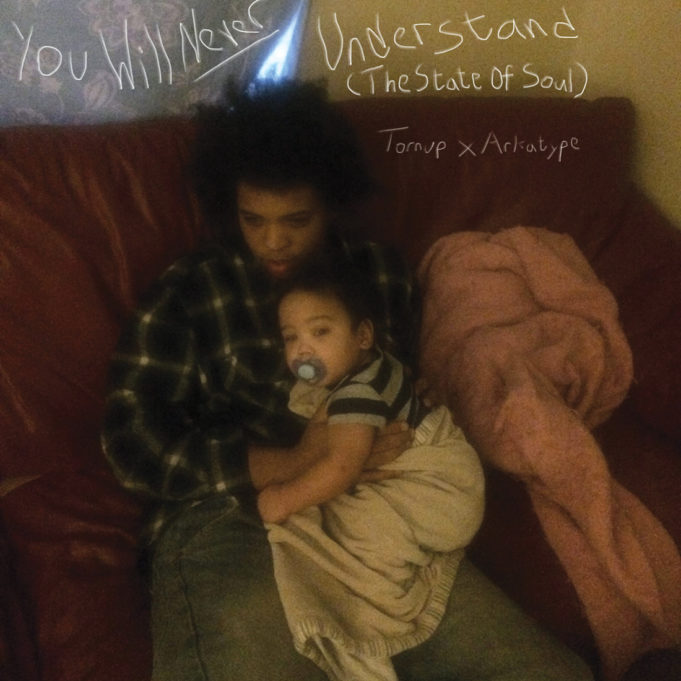 There’s no science to list-making. We don’t have a checklist of qualities we grade on a 10-scale, a way to measure the profundity of lyrics, or a minimum standard for the number of chord changes within a song. All of these end-of-year listicles are the result of passion and a ton of compromise.

Our two ace music writers and I chat about the music of the last 356 days that we felt was the most impressive, and then we defend our own opinions, trade a few horses, and grudgingly agree on 20. Though it may be flawed, the following list is also mighty. It represents a diverse cross-section of our city’s great scene. We hope you can appreciate how difficult an exercise this was.

Have an oh-so Happy Chanukah, Merry Christmas, Satisfying Festivus, and/or a Great Whatever. As always, thanks for supporting local music. –– Eric Griffey

The second of a proposed three-part series with producer/Bay-area artist Cole James Cash, Genzai continues to demonstrate why Spears is rightfully regarded as one of Panther City’s premier MCs. With features from hippie-hop guru Wrex, Dallas rhyme-mason Lamar Kelley, and electro-soul crooner Andy Pickett, the EP is stacked with five of Spears’ signature thoughtful and smoke-friendly jamz. P.H.

The electro-shoegaze duo added a bass player/keyboardist to its lineup for the successor to 2016’s Looks like Rain. The result is a five-song collection that allows their darkwave influences to infiltrate a slow-core guitar-rock paradigm and vice-versa, giving S&A’s moody atmospherics and despondent majesty a broader palette for sonic detail. S.S.

Though depressingly limited in its track count, this long-awaited debut from affecting neo-soul singer Abraham Alexander has a hit/song ratio on par with MJ’s Thriller. With the sensual “Lover’s Game,” the warm organ bed of “Stay,” and the moving “America,” the young songwriter is proving he’s not Fort Worth’s next Leon but its first Abraham Alexander. P.H.

A honky-tonk album made by Motörhead fans, Too Fast, Too Loud is a loose-limbed, beer-guzzlin’ tribute to hard-partying country traditionalism, in which C&W also stands for “coke” and “whiskey,” and the answer to whether or not Hank done it is a rowdy “Hell, yeah!” S.S.

After a few divergent iterations, Mandy Hand’s eclectic indie outfit has found its right place with this candied collection of no-frills synth-laden twee pop. From the Moog-driven danceability of “Dreamin’ ” and “Who” to the ’50s-style soda-shop balladry of “Same People” and “Nothing Left to Lose,” Hand offers up a sugary confection of bright and colorful hooky pop. P.H.

Vincent Neil Emerson’s talent for vivid character sketches and lyrics that weave from side-splitting asides to gut-punching tearjerkers pop out of Niles City Sound’s era-faithful production like a neon Lone Star sign blazing from the backbar of some legendary road-side honky-tonk. RIYL complaining about the current state of country music or wish the new Sturgill album sounded a little less like ZZ Top’s Recycler. S.S.

In a time when the term “punk rock” is hammered and twisted into unrecognizable shapes by being applied to myriad unworthy acts, it’s comforting to know there are still bands that unequivocally earn the badge. The melodic wrath-fueled fury that is Heater is one such band. Though brief in its scope –– the EP’s three songs clock in at just over seven minutes –– the power expressed within it will inspire you to burst Kool-Aid Man-style through concrete walls. P.H.

The artist formerly known as Devi (and Hannah Witkowski before that) finally dropped her debut album, a dreamy, dubby, sexy, 7-song slide across trip-hop, electro, and R&B. Yokyo’s voice shifts between sultry and playful, a come-hither vibe that slithers out of your speakers on the bass-heavy soundscapes of producer/partner Sam Culp. S.S.

Keyboardist/vocalist Daron Beck and drummer Jon Teague may comprise the doom metal genre’s only band without guitar or bass. The lack of stringed instruments makes them no less heavy and foreboding, however. Like the soundtrack to a cult-classic Event Horizon-style sci-fi horror film, pounding toms, pulsing synths, and Beck’s unsettling phantasmal vocals carry the listener through a bone-chilling don’t-open-your-eyes experience over its eight ghostly tracks. P.H.

The tech-minded MC’s debut EP makes a case for a world where humankind has taken the reigns of its own evolution by integrating run-amok technology into its collective flesh-and-blood bodies. Along with futuristic production courtesy of J Rhodes (Talib Kweli, The Game, Lou Charle$) and guest appearances by Lou CharLe$, Solar Slim, Wrex, and soul singer Abraham Alexander, Cyborg Destiny makes the future look a lot brighter than it has any right to be. S.S.

10. For Another Time, The Boozy Moods

The debut from newcomers The Boozy Moods is a compelling absinthe-soaked take on post-rock expressionism. Singer Clint Niosi’s haunting baritone is often the only structure that bridges the notable amount of space residing in many of the albums’ nine cinematic tracks. It is the cement that binds the band’s genre-less musical impressions, which are led by pianist/composer Matt Hansen’s emotive John Cage-style scoring. P.H.

The long-awaited follow-up album to Duell’s 2014 debut, Futureless blasts across the Trump era’s landscape of whipsaw-narrative and graft-forward realpolitik with an appropriately nihilistic mélange of “This is fine”-meme fatalism and high-gain guitar lightning. Every song comes armed with massive hooks and brain-singeing solos, offering you the option to tune in, turn on, and say, “Fuck it. Gimme another Coors Light.” S.S.

Infinite Jest is the result of songcrafter Seth Reeves feeling like he’d run out of anecdotal subject matter. By adopting alternating viewpoints from pairs of characters from literary masterworks by the likes of Emily Brontë, James Joyce, and good ol’ Bill Shakespeare, Reeves’ scholarly concept album is a college-level English thesis run through the filter of infectious guitar-driven power pop. P.H.

Keanu Leaves shades a bitter, enervated political streak in washed-out aural textures and foreboding melodies, the kind of songs that remind you why you loved indie guitar bands like the Shins and Modest Mouse when they were new. S.S.

With Rachel Gollay’s beatific vocals as the foundation and buttressed by Russell Jack’s hypnagogic production, Override rises as a radiant crystalline cathedral set on a verdant high hill. Whether its glass bricks are made from the caterwauling distorted guitar of “White Stag” or the ecclesiastic keys and atmospheric synths of “Rainbow Decider” and “Kew Gardens,” each is securely mortared by Gollay’s incisive folk-rooted songwriting. P.H.

Along with a unit composed of most musically adept masters of the classic rock canon –– bassist Kris Luther, drummer Matt Mabe, and guitarist Nick Tittle –– guitar prodigy Matt Tedder jumped clear from the I-IV-V blues train. His career has kept a-rollin’ with his new band’s debut album, a slab of riff-worshipping hard rock that grabs its influences from disparate points along the guitar-rock spectrum. S.S.

On Diamond Cuts, with the help of the newly formed Boat Club Rd. Band, Son of Stan puts out to sea the essence of a late–’80s suburban strip-mall childhood spent hanging half-out the passenger window of flaming-falcon hooded, T-topped Trans Am. Yet beneath the wakes cut by the players’ gleaming musical cigarette boats, SoS Captain Jordan Richardson’s introspective lyrical musings hint at an emotional depth that rivals the Mariana Trench. P.H.

The under-the-radar singer-songwriter’s long-simmering debut appeared seemingly out of nowhere during the year’s slide into winter, providing an appropriate backdrop for Osbourne’s melancholy baritone and the wintry majesty of his acoustic musings on loneliness, heartbreak, spite, and vulnerability. S.S.

With their first full-length album, post-rock purveyors BULLS deliver a dual attack of blitzkrieg noise assaults and ethereal dream sequences that will leave your nose bloodied and your heart bruised. Over 10 concussive tracks, themes of paranoia and conflict are set loose from drummer/vocalist Ricky Del Toro with all the primal force and claustrophobic anxiety of a stampede through the streets of Pamplona. P.H.

1. You Will Never Understand (The State of Soul), Tornup

This album is the distinction between “essential” and “required,” because no other locally made recording really captures the African-American struggle with the same range of emotional detail as Tornup’s 21-track story cycle. The density of Tornup’s lyrics vis a vis the songs’ relative brevity requires some pretty active listening, but the rapper’s gift for rhythm and realism and the unflinching objectivity in his vignettes have built a sit-down-and-absorb-it listening experience bar none. It’s a lesson in empathy capped by a truly heartbreaking closing track. S.S.