I did some of my year-end film coverage when the year actually ended, but now that 2020 is officially over in cinematic terms, I’m turning out the rest for your delectation as voting for Oscar nominations takes place. Stay tuned for other blog posts in this vein. 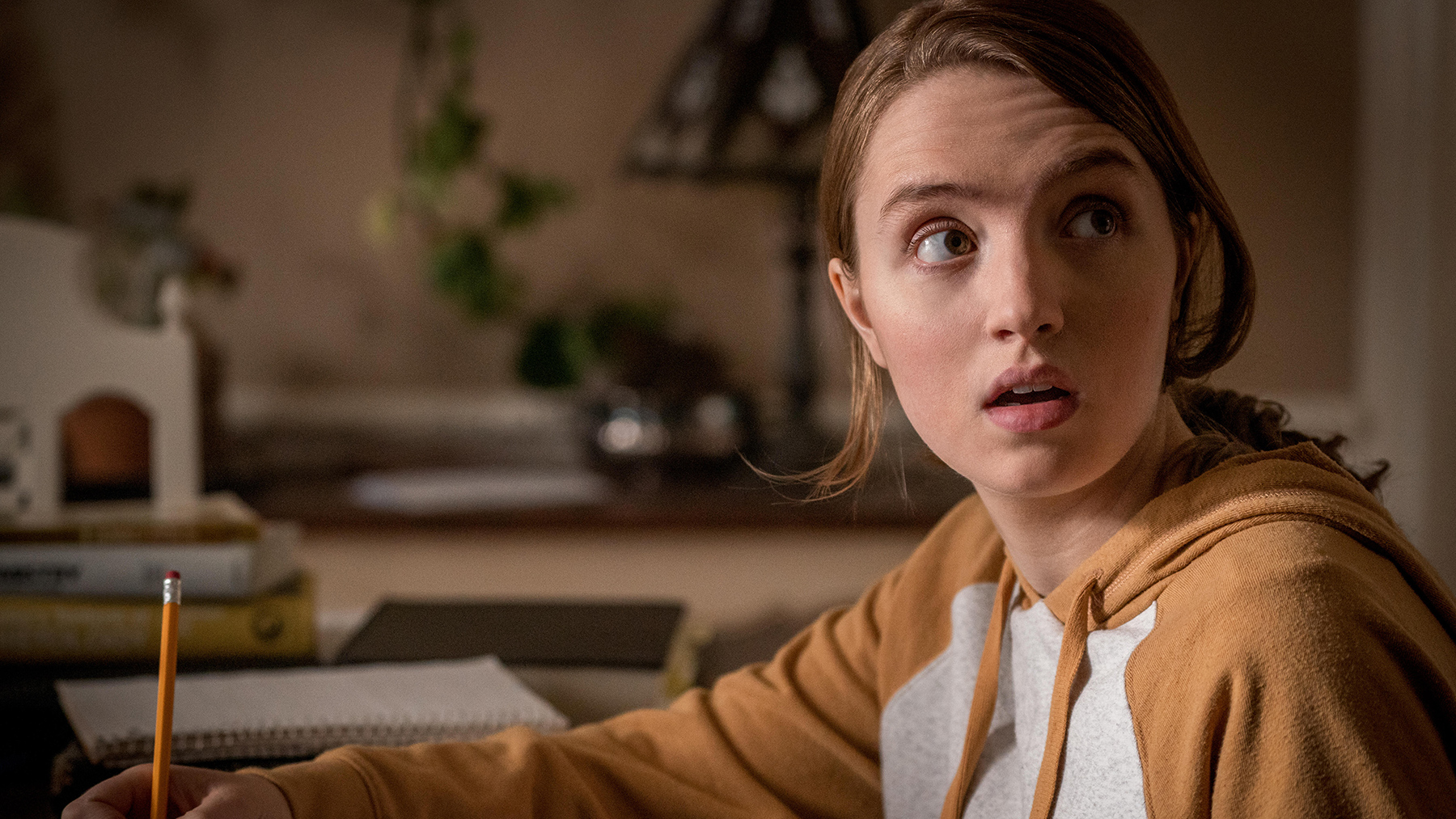 Perhaps a non-disabled person could have played the paralyzed teen in Run, but it’s hard to imagine anyone outdoing this disabled Columbia University student, who delivers everything you could want. She hits all the notes of her character’s arc: her growing realization that something’s off with her relationship with mother, her rage once she realizes the depths of her mother’s betrayal, her desperation to escape her house. Also, she uses power cables to pull herself from one window to another across a shingled roof. She turns this agreeable potboiler into a powerful argument to cast more disabled actors. 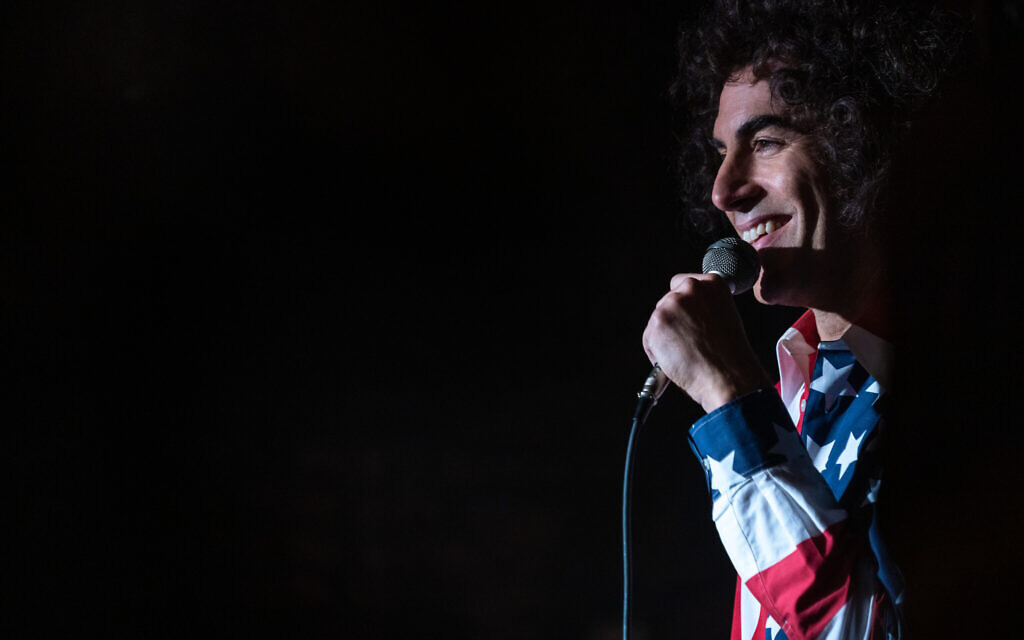 It’s actually not that easy for a British Jewish actor to portray an American Jew. There’s just not that much cultural overlap there. That’s why his performance as Abbie Hoffman in The Trial of the Chicago 7 is more impressive than it looks, as he slips into the role of a comedian who has a social conscience underneath his wisecracks. We’ve seen him used well as comic relief in heftier films like Sweeney Todd and Les Misérables, but in this Netflix drama, he proves he can carry dramatic weight all on his own, too. Say it with me: “Very nice!” 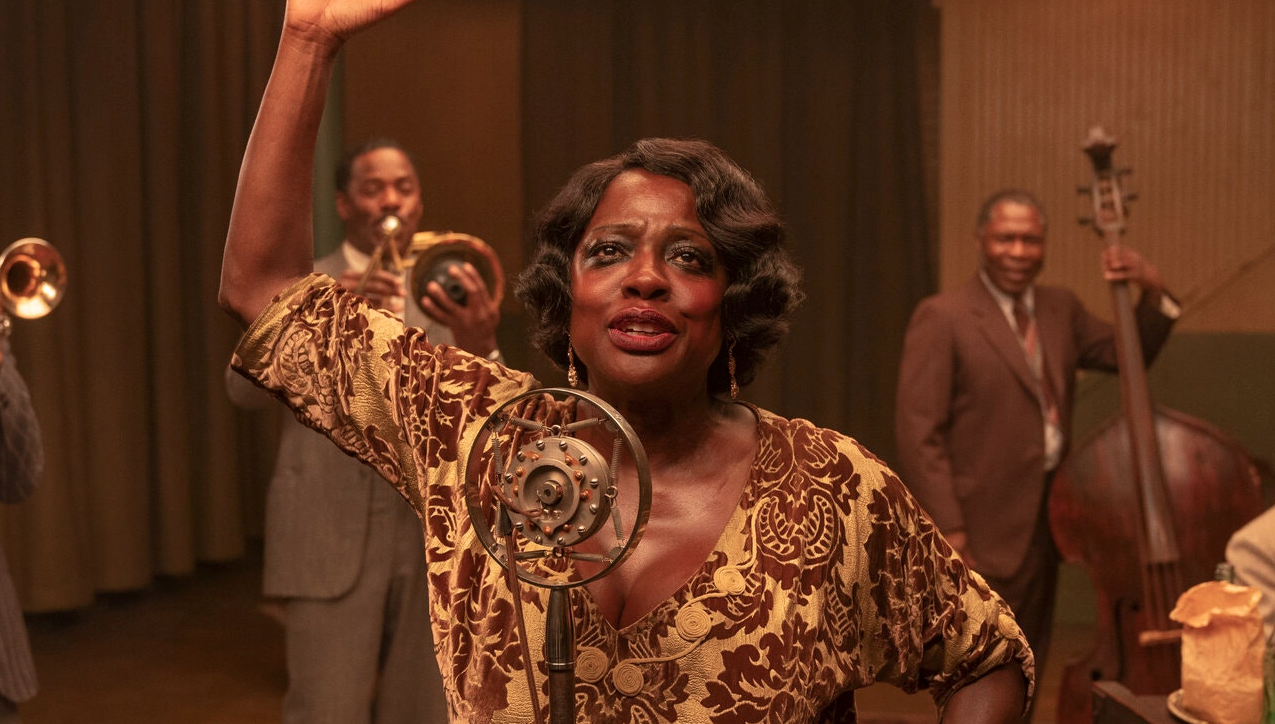 Underneath those sleepy, drugged eyes with the makeup running off them, Ma Rainey is someone who’s able and willing to claw and scratch for everything, because white America isn’t going to give it to her. Against Chadwick Boseman’s domination of Ma Rainey’s Black Bottom, Davis still stands out as this dynamo of a singer who looks out of it but is ready to turn into a raging diva at a moment’s notice, because it’s her way of making the people in power obey her will. 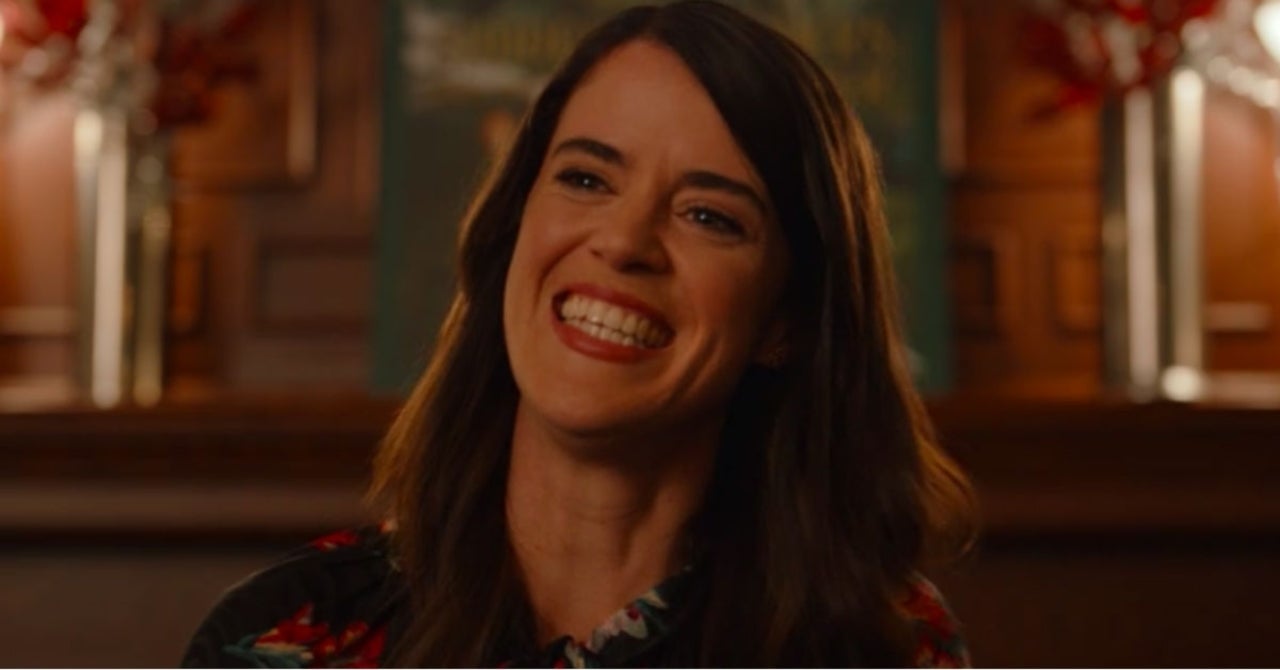 Amid the lesbian drama roiling the family in Happiest Season, she emerges as the MVP, the attention-starved middle child who’s ignored because she has no professional accomplishments, which is what counts with her parents. As the film’s co-writer, Holland had a part in conceiving the character of Jane, and she pilfers laughs everywhere in this comedy as the sister who should be far bitterer than she is. Just remember, the Flome is like the Maggle, but with more arms and fewer powers. 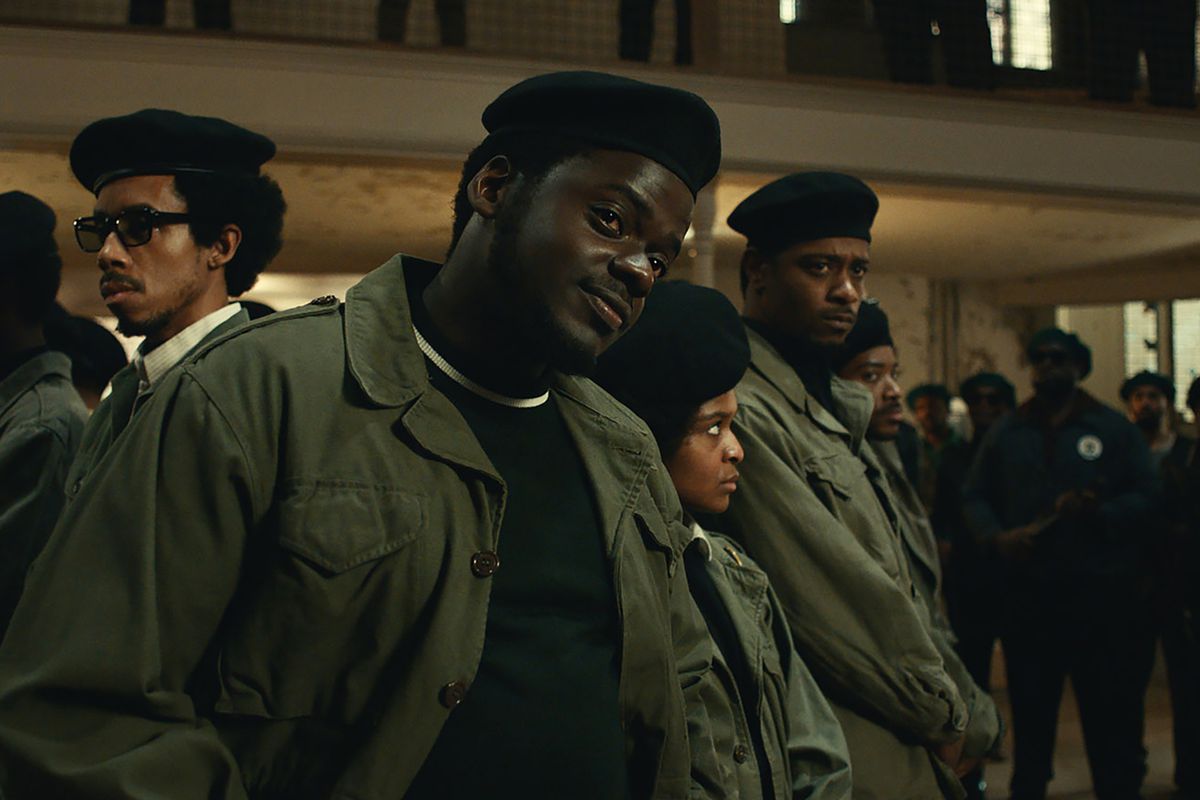 I changed my mind. In my review of Judas and the Black Messiah, I compared his line readings to hard bop jazz, but now I think his rhythms are more reminiscent of the bass line in a funk song as his Fred Hampton recruits Black people to his cause and non-Black organizations to align with him. We’ve seen him soulful (in Queen & Slim), we’ve seen him scary (Widows), we’ve seen him cajoling (this movie), but as that instant classic of a speech to the Black Panthers makes clear, he can step up and breathe fire, too. No Black British actor has ever won an Oscar. Don’t be surprised if he changes that. 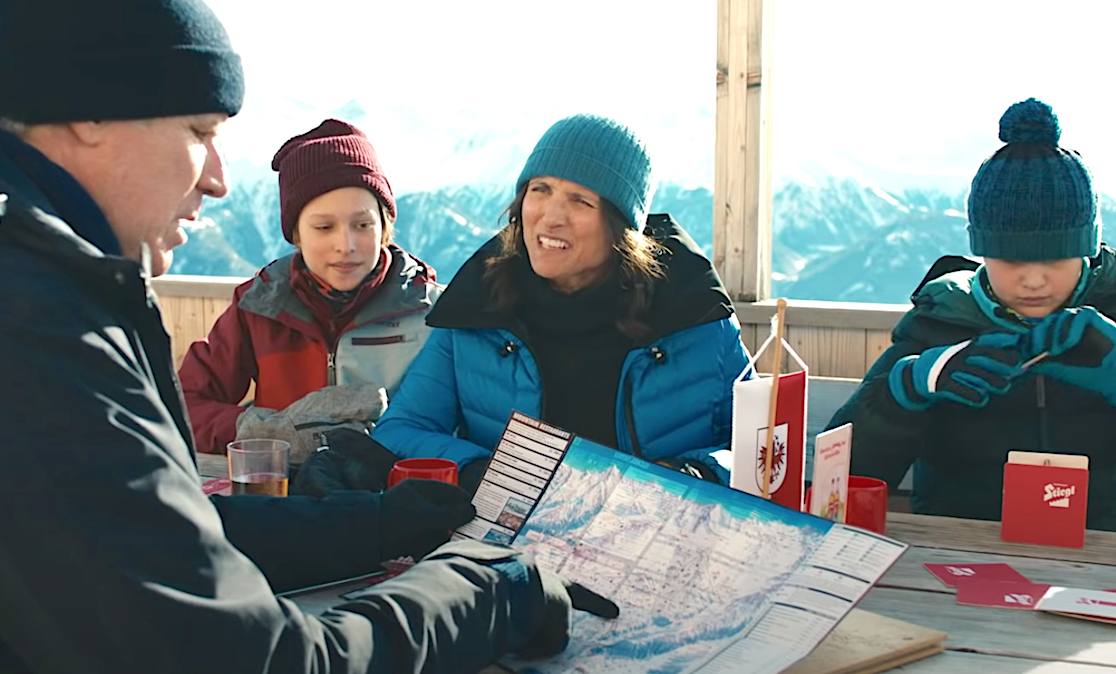 Playing in theaters before the pandemic, Downhill has been mostly forgotten this awards season, and mostly for good reason. Even so, she’s really good playing the wife who watches her husband have a moment of cowardice while they’re on a ski vacation and spends the rest of the trip sorting through her disbelief, anger, and sense of grievance that he protected his cellphone and not her or their kids in a seeming life-or-death situation. In an otherwise undistinguished comedy, her inconvenient feelings give the whole movie its awkwardness. 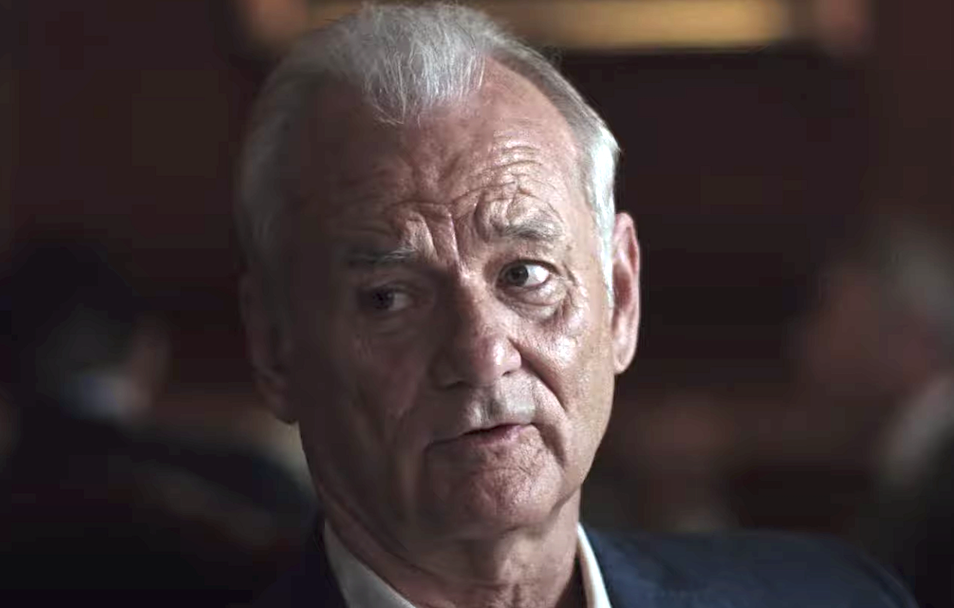 It should be worn out, shouldn’t it? Time and again he plays these jaded men who are filled with regrets, often for Wes Anderson and Sofia Coppola. He’s been doing this since before the turn of the century, and yet somehow it doesn’t wear out its welcome. He does it particularly well in On the Rocks as a distant, philandering father who jumps at the chance to help his daughter when she suspects her husband of cheating. He runs through his domestic spy mission with verve and éclat, but his willingness to answer his daughter’s hard questions in order to be her father at a tough time is affecting here.

As the real-life art forger Han van Meegeren in The Last Vermeer, he initially comes off like a charming degenerate, but the protagonist’s investigation will show him to be worse than that. So often cast as hardened heroes or villains, here Pearce plays a hollow cynic who can give ringing speeches that move a crowd and steals from Nazis not because he has any problems with them but because they have the money. He steals this stolid World War II drama as easily as van Meegeren forged his Dutch master paintings.

I mentioned in my review of Shirley that simply not being obliterated by Elisabeth Moss was an achievement. Both these actors managed it, Stuhlbarg by playing Shirley Jackson’s husband as his own kind of monster and Young by playing the damsel who’s smart and nimble enough to escape a vortex of atrocity with her selfhood intact. The strength of these performances makes the film a great piece of drama instead of a one-woman show. 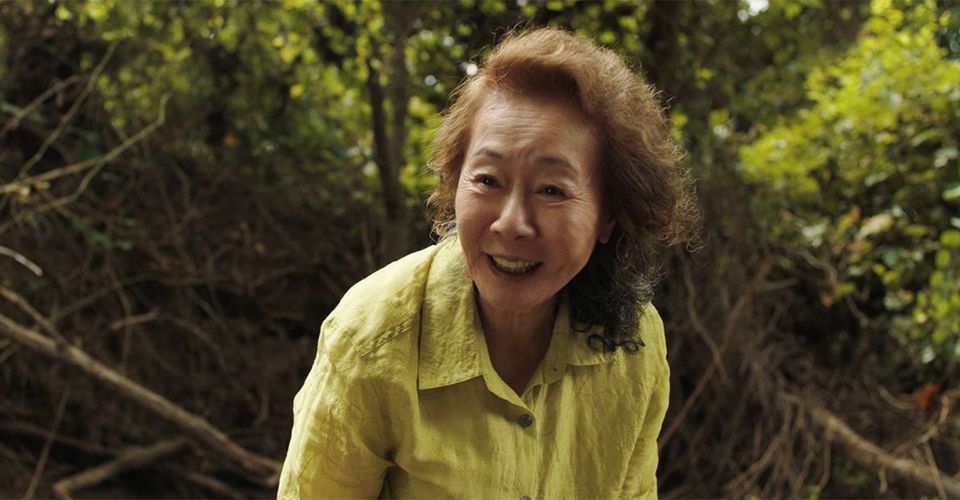 Maybe you have a granny like this at your house, even if you’re not Korean. If so, treasure her. This 73-year-old has a history of playing characters who do not fit the norms of what Korean society expects of women. In Minari, she plays a fiery, hard-swearing old grandmother who helps make America into a home for the children of her daughter and son-in-law, and the film turns on the herbal legacy she leaves for them in Arkansas.

I Made a Mistake!