The image of Thornton Wilder as a folksy and homespun playwright is almost entirely down to the unceasing popularity of Our Town. Most people, however, forget that this fourth wall-breaking, non-realistically staged 1938 play represented a radical departure from everything else being staged back then. The play he wrote four years later, The Skin of Our Teeth, hasn’t been produced nearly as much, and yet this comedy serves as a useful reminder of how much, uh, wilder this playwright could be. 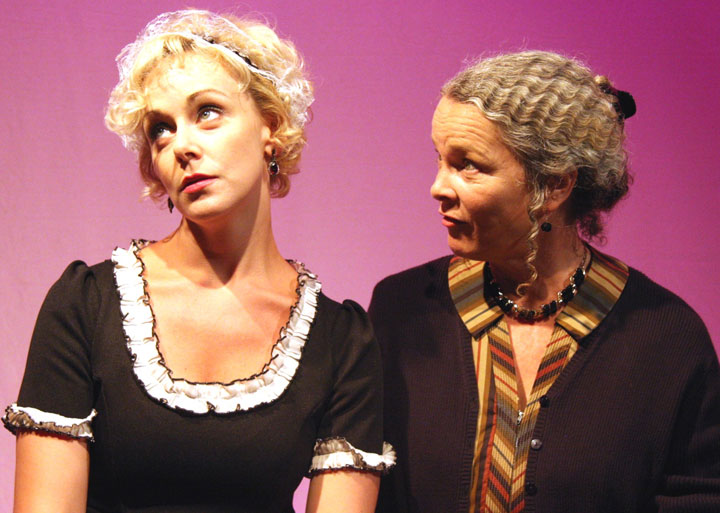 Heavily influenced by both the Bible and Greek mythology, the story concerns a family named Antrobus, whose members spend the play’s three acts in present-day New Jersey, preparing to survive an ice age, a great flood, and a devastating war. (Somewhere in the middle, the head of the family, George, finds time to be crowned president of all humans.) The action is narrated by Sabina, the Antrobus’ chipper housemaid who briefly turns into a beauty queen midway through and tries to steal George away. The action is filled with comic anachronisms, quotations from Plato and Aristotle, and dramatic asides from the actress portraying Sabina, who breaks character and expresses misgivings about her role.

All of this Pirandellian business is fun, but it also adds up to a play that asks what human beings do to make our species worth preserving and challenges us to do those things once we leave the theater. If you don’t think of Thornton Wilder as the comic creator of weird experimental theater, Stage West’s production of this show should open your eyes.