Though Valentine’s Day falls on a Monday this year, most of the events celebrating it are going on during the weekend, and an unusual number of them feature classical music. On Friday, the Three Redneck Tenors visit White’s Chapel in Southlake. Billy Joe, Billy Bob, and Billy Billee have played to Fort Worth audiences before, but they’re up north as part of the Apex Arts League series. 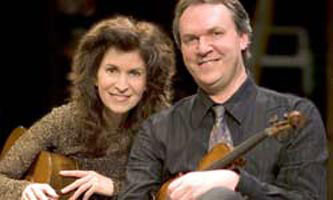 In a more serious but scarcely less American vein, guitarist Sharon Isbin returns to Fort Worth with violinist-composer and new collaborator Mark O’Connor. They won a Grammy last year for their folk-inflected CD Journey to the New World, and on Saturday they’ll be playing selections from it, including O’Connor’s Strings & Threads Suite. These will be mixed in with more traditional guitar repertoire works by Granados and Albéniz, plus O’Connor’s arrangement of the “Appalachia Waltz.”

This leaves Sunday for you to catch the Fort Worth Symphony Orchestra. Violinist Chee-Yun Kim (who performs under just her first name) will make her first appearance with the orchestra as soloist for Mozart’s “Turkish” Violin Concerto. In addition, Miguel Harth-Bedoya will conduct Brahms’ massive and multilayered Second Symphony and Agustín Fernández’ 2003 piece Una música escondida for string orchestra and piano. That should round out the weekend nicely.