Based on a popular anime series that takes place in some vaguely Western setting, Trigun: Badlands Rumble observes the continuing adventures of Vash the Stampede, a buffoonish pacifist outlaw who defeats bad guys without killing them. The film screens 7:30pm Wed-Thu at Burleson Premiere Cinema, 1581 SW Wilshire Blvd, Burleson. Tickets are $6-9. Call 817-426-8395. 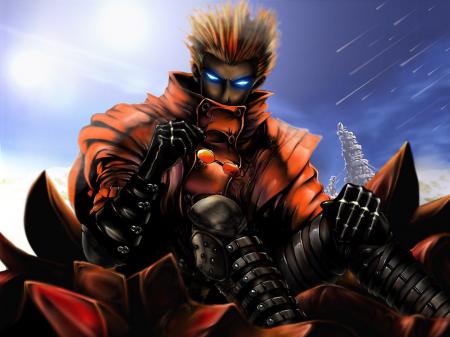 China, Russia, Ukraine, Mongolia, Romania, Hungary, Mexico, and Brazil are all represented in the various acts coming through with the latest iteration of the Ringling Bros. Barnum & Bailey Circus. While there will be live tigers and motorcycle stunts, the main emphasis with this show is on acrobats, aerialists, and strongmen. The circus runs Wed-Sun at Fort Worth Convention Center, 1111 Houston St, FW. Tickets are $15-95. Call 800-745-3000.

If you can’t stand the summer heat, you can wait until the sun goes down to attend 50 Fest, celebrating the Amon Carter Museum of American Art’s 50th anniversary. The museum will have family activities, music by Del Castillo and the Marshall Ford Swing Band, food, and refreshments. The event is 5:30-9pm at 3501 Camp Bowie Blvd, FW. Admission is free. Call 817-989-4700.

Nobel Prize-winning novelist Hermann Hesse did much to bring Buddhism to the attention of Western intellectuals when he wrote Siddhartha, a fictionalized account of the Buddha’s spiritual journey. Johnny Simons’ stage version of the book is now playing at (where else?) Hip Pocket Theatre. The show runs thru Aug 28 at 1950 Silver Creek Dr, FW. Tickets are $8-15. Call 817-246-9775.

In the race to get the first electric car on the road, Fisker seems to have nosed ahead. Today the car manufacturing start-up unveils its Karma, a sweet-looking electric sports car with 300-mile range and a body constructed out of eco-friendly materials. You can test drive the new models at the behest of Frank Kent Motor Company, which will start selling the vehicles in the fall. The event runs 10:20am-5:40pm at Lanny’s Alta Cocina Mexicana, 3405 W 7th St, FW. Admission is free. Call 800-952-5513.

Your best bet this Tuesday is Casa Mañana’s production of Hairspray, the wildly popular musical adaptation of John Waters’ film. David Coffee dons the drag fat suit in the role of Edna Turnblad, while Sheran Goodspeed Keyton turns up in the small but key part of Motormouth Maybelle. The show runs Aug 13-21 at 3101 W Lancaster Av, FW. Tickets are $40-65. Call 817-332-2272.