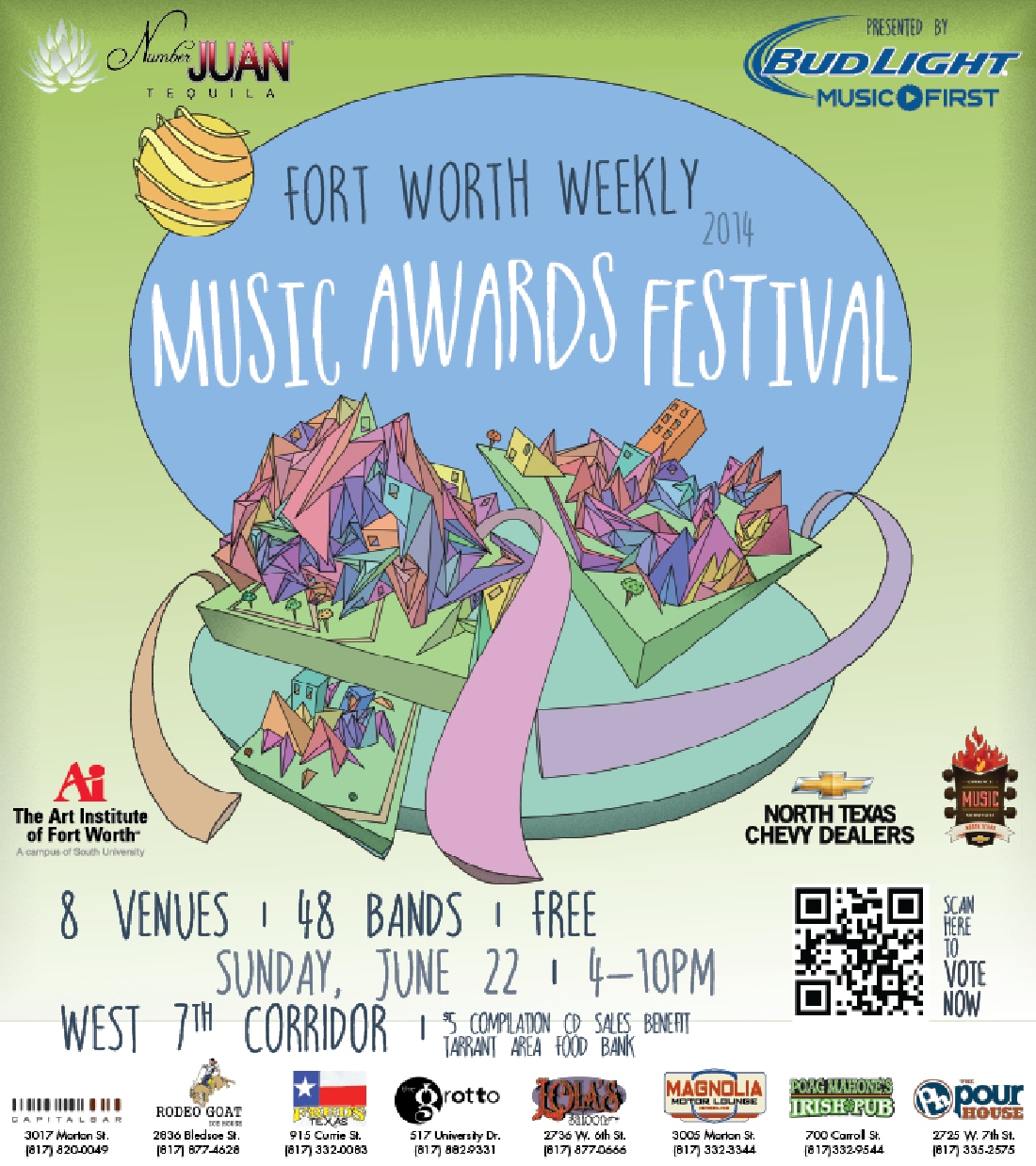 The full lineup for Fort Worth Weekly’s 12th Annual Music Awards Festival is just about done.

There will be 48 acts total, all nominees in our 17th Annual Music Awards and all from the greater 817 (or thereabouts), making MAF’14 the biggest and arguably best sampling of Tarrant County pop artistry on Earth.

Complete bills will be announced on Wednesday, June 11.

And while the festival is freeeee, each venue will be staffed by friendly Weekly volunteers just aching to sell copies of Frequencies, Vol. 5. Recorded live one May weekend at Eagle Audio Recording on the Near Southside, the album features 12 new or previously unrecorded tracks by select nominees, including Ronnie Heart, Slumberbuzz, Jetta in the Ghost Tree, The Fibs, Huffer, FOGG, Leon Bridges, Shadows of Jets, Mills & Co., Lazy Summer, The Royal Savages, and Tidals. Proceeds from the $5-a-pop sale of the disc will go toward this year’s charity sponsor, the Tarrant Area Food Bank. Through the sales of previous comp CDs, we’ve raised nearly $7,000 for assorted local charities. For a listen to Vol. 5, check out fortworthweekly.bandcamp.com/releases.

With only three MAF’14 slots left to fill, allow me to ask: Which as-yet unscheduled nominees would you like to see?