Here’s the first batch of acting awards I’m handing out for this year. You may be wondering where Rooney Mara is. I’m not including her in this list because I consider her performance in Carol to be a leading role, even though the studio is touting her as a supporting actress. (I can’t fault the studio for this. Given how the awards races have shaken out, it’s a tactically smart move on their part.) Whether they were the best part of a flawed film, an integral part of a story, or simply someone who stood out in a crowd, these actors gave me a reason to stare at the background of a picture.

Jessica Chastain
Everything scary in Crimson Peak emanated from her as a forbidding sister-in-law. She seemed to tower over Mia Wasikowska’s heroine even though the two actresses are the same height, and her late monologue about her childhood revealed a pitiable monster who knows why she’s the way she is but is powerless to change. Some years ago, I wrote that I was waiting for this actress to give a performance that made me think, “Holy crap!” This was that performance. 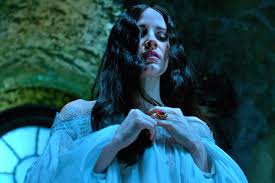 Adam Driver
By now, everybody has seen him in the Star Wars sequel, but he’s here on the strength of his work in While We’re Young. You may have to see this comedy twice to fully appreciate how devious his character was, hiding rapacious ambition under his laid-back hipster façade. Driver hid it well, and you’ll feel an urge to smack him every time he patronizingly calls Ben Stiller’s main character “Joshie.” 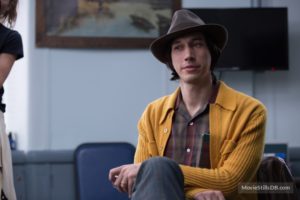 Tom Hardy
While you’ll have to wait until next week to see The Revenant, I’m glad to sing his praises now. He plays a real twisted nail of a guy in Alejandro González Iñárritu’s Western, complaining about the leadership and direction of the expedition that he’s on even before he’s forced to take care of Leonardo DiCaprio’s maimed hero. You can just feel his cancerous presence radiating into everything good here. 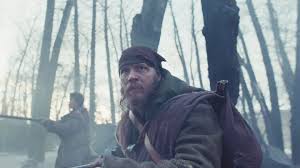 Oscar Isaac and Alicia Vikander
Part of what made Ex Machina so compelling were their performances. Vikander (who seemed to be in every movie this year) had the showier role, moving like a robot and disguising her character’s true intentions. However, Isaac gave an even better turn as a tech guru who cloaked his sociopathy and sexual perversion in a veneer of regular guy-ness. 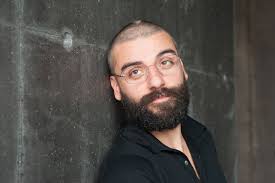 Jennifer Jason Leigh
Did you forget how she was one of the great unpredictable actresses of the 1990s? Her performance in The Hateful Eight will remind you. Near-cartoonish in the early part of the film, her character turns out to have a reason to be so chipper as she’s going to her execution, and when the bodies start piling up, she unhinges herself to great memorable effect. Quentin Tarantino has a history of reclaiming actors who’ve gone dormant, and here’s another one. 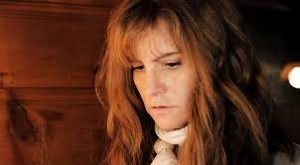 Cynthia Nixon
She’s a giant on Broadway and well-known from TV’s Sex and the City, but she never gave a truly great performance in a movie until James White. As a terminal cancer patient who’s trying her hardest (and knows she’s failing) to turn her adult son into a responsible grown-up before she dies, she helped make this chamber work into the devastating drama that it is. 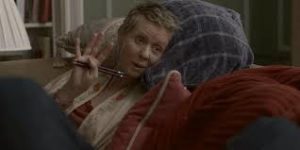 Michael Shannon
A single speech in 99 Homes would have been enough to seal his spot on this list. He rose above the glib ironies and cheap theatrics of Ramin Bahrani’s drama to create a compelling villain who wished the system were fairer but was going to exploit its unfairness to do what was best for himself. Somehow, even that e-cigarette that he was continually puffing on seemed to suit his character. 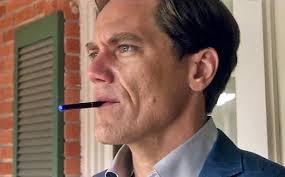 Kristen Stewart
She did fine comic work in American Ultra, but I’m putting her on this list for her turn in Clouds of Sils Maria. As a personal assistant, she did tremendous work as a canny, stabilizing influence on Juliette Binoche’s flighty actress who helps her boss adjust to her new place in an ever-changing entertainment industry. Watching Stewart has an extra kick if you know that she has been dating her own personal assistant in real life. 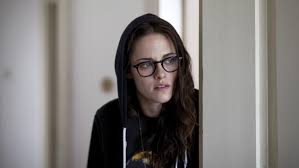 Mya Taylor
It’s hard to disentangle her work in Tangerine from the putative lead performance of Kitana “Kiki” Rodriguez, but she provided a valuable counterweight as a transgender prostitute trying to keep her hotheaded fellow trans hooker from doing something that’ll put her back in prison. Whether these women are having their many loud moments or their moving quiet moments, the chemistry between them was this grungy movie’s heart. 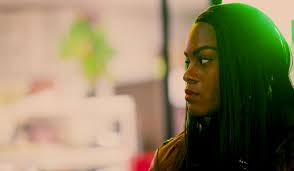 Honorable mention: Joan Allen, for her devoted grandmother trying to hold things together while her daughter breaks down in Room; Bradley Cooper and John Cusack, for contributing single glorious scenes to Joy and Chi-Raq; Benicio Del Toro, for being so damn cool as a vengeance demon in Sicario; Harrison Ford and Sylvester Stallone, for re-connecting with their old characters to such good effect in Star Wars: The Force Awakens and Creed; Helen Mirren, for her flamboyantly poisonous gossip columnist in Trumbo; Alexander Skarsgård, for portraying a statutory rapist in such layered fashion in The Diary of a Teenage Girl.