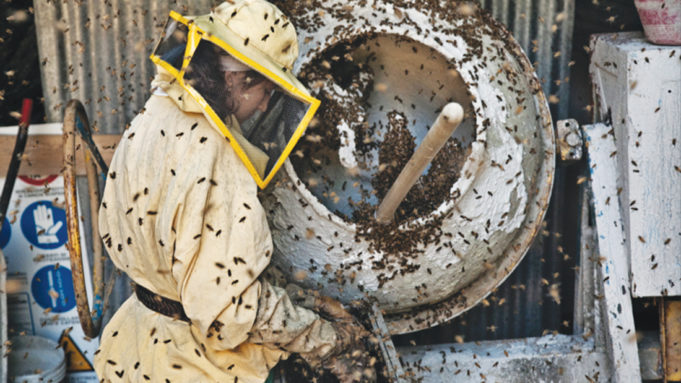 Wed 30 – Dallas Theater Center’s world premiere of Samuel D. Hunter’s Clarkston (intended as a companion piece for a play called Lewiston premiering elsewhere in 2016) is drawing rave reviews from the area’s theater critics for its sensitive portrayal of two men stuck working in a Costco near the trail that Lewis and Clark once blazed. The play runs thru Jan 31 at Wyly Theatre, 2400 Flora St, Dallas. Tickets are $18-78. Call 214-880-0202.

Thu 31 – At last, some good football comes to AT&T Stadium this evening in the form of the Cotton Bowl. SEC West champion Alabama and Big Ten champion Michigan State clash in the BCS semifinal, and we’ll see if Crimson Tide coach Nick Saban can maintain his perfect record against his former assistants. The game kicks off at 7pm at 1 Legends Way, Arlington. Call 888-792-2695.

Fri 1 – Organizers are warning us that only rain will cancel the seventh annual Manly Men & Wild Women hike scheduled for this morning, so bundle up, walk the perimeter of the Tandy Hills Natural Area, and think about the steaming cup of hot chocolate, coffee, or something stronger that you’re going to use to warm up afterwards. The walk is at 10am at 3400 View St, FW. Admission is free. Call 817-731-2787.

Sat 2 – Ring in 2016 at the third annual Spiderweb Salon Winter Formal, an event with art, spoken-word performances, and live music by Bird Meets Winter and Friday Mean. Making resolutions will be an event at the party, so someone should probably record that happening for comedy purposes later on. The event begins at 7pm at Dan’s Silverleaf, 103 Industrial St, Denton. Tickets are $5. Call 940-320-2000.

Sun 3 – Alice Rohrwacher’s Italian drama The Wonders stars her sister Alba and uses the story of a family of Tuscan beekeepers to pay a loving, soft-focus tribute to the slow disappearance of the country’s rural way of life. The winner of the Grand Jury Prize at the Cannes Film Festival now comes to the Modern this week, screening Saturday and today at 3200 Darnell St, FW. Tickets are $7-9. Call 817-738-9215.

Mon 4 – Budding lepidopterists and ornithologists can spend this Monday at the Fort Worth Museum of Science and History, which is now displaying their collection of insects, birds, and other creatures that fly in Critter Kingdom. The exhibit runs indefinitely at 1600 Gendy St, FW. Admission is $15-19. Call 817-255-9300.

Tue 5 – Purist Sherlockians will be happy to see Benedict Cumberbatch and Martin Freeman in proper 19th-century clothes in Sherlock: The Abominable Bride. The rest of us will be happy just to see the great detective on the big screen as this 90-minute special airs in theaters. The episode screens at 7:30pm today thru Jan 6 in various theaters; check Calendar for locations. Tickets are $12-14. Call 818-761-6100.