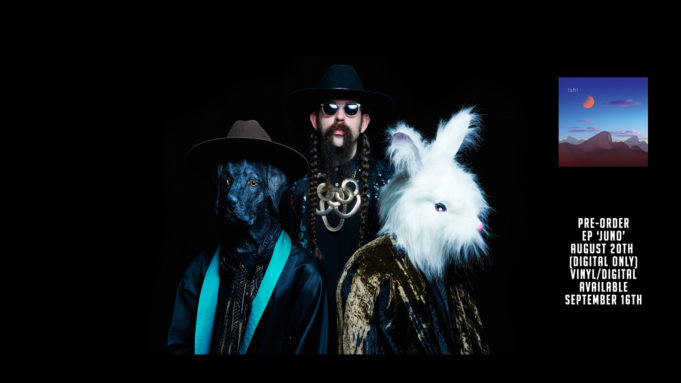 1) New Year, same bands, but that’s a good thing, because most bands only get better with age. As a case in point, jazz fusion legends Bertha Coolidge have been around since 2001, and they keep pushing the outer decimals between 99% and perfection. Crewed for the past fifteen years by Fort Worth jazz scene mainstays joey carter (vibes and organ), Paul Metzger (guitar), Aden Bubeck (bass) and Rich Stitzel (drums), they’re one of the best live bands you could ever see in any genre. Son of Stan and Programme fill the middle and opening spots; is Programme influenced by Mike Post? I certainly hope so! Cover’s $10. Check out Bertha Coolidge from their 2014 reunion at Lola’s:

2) I’m not gonna make a joke about divorce because it didn’t happen to my parents and therefore can’t really understand what it feels like to either be party to or a child of one. But in addition to Thursday night’s Bertha Coolidge reunion show, Lola’s also has a reunion show on Friday, which means I started to think up something funny to say about estranged spouses getting back together but have since mailed that sentence to the Greg Abbott Aborted Joke Crematorium and Memorial Center. The reunion show on Friday is Big City Folk, who you may remember from blurry nights at the Where House, Boiled Owl, or the Chat Room, plus whatever random, daylight-hours event needed a bluegrass band. As bluegrass bands need be, BCF offers stellar musicianship, plus fun songs about partying and the things that happen in life when you party a lot. The four-slot bill is filled by Zach Pack and Morgan Lindley at 9, Big City Folk at 10, Urban Pioneers at 11, and Joe Savage and his band at midnight. Speaking of Big City Folk at the Where House, here they are playing there from almost exactly three years ago:

3) Also on Friday: January’s First Friday. The monthly concert event at that Modern features Dallas electronica band ISHI and the layered, ethereal pop of Sudie, with songwriter Wayne Floyd opening the show. ISHI always puts on a high-energy spectacle that’s entertaining and dance-inducing, but for my money (entrance is $10, btw), Sudie is who you don’t want to miss – the way she constructs her songs on stage from her own beats and vocal samples is hypnotic, sort of like watching a time lapse video of a skyscraper getting built. The show is all-ages and the show starts at 6pm. Have you seen this official video for Sudie’s “Schitzo” song? Check it out:

4) On Sunday, Lola’s is hosting a benefit show for bartender Carrie Elaine Hungerford, whose cancer has made an unfortunate return. All proceeds will go to help with her financial obligations while she undergoes treatment; starting at 4pm, your $10 suggested donation gets you performances from Chris Luther and Blake Parish, Taylor Craig Mills, Carey Wolff and the Morning After, Urban Pioneers, Red Admirals, Merkin (wow – when was the last time you saw Merkin???), Movie the Band, Bitch Bricks, and Doom Ghost. Ten bucks is less than the price of a sit-down lunch or a few beers, so drop by Lola’s on Sunday and help a lady beat back her bills while she takes on cancer again. The sound in this video of Merkin unfortunately sucks, but the clip features a blast from the past: Froggy’s Boathouse, most recently the now-defunct Thurber Mingus, and soon to be the second Heim BBQ location. Dig that tropical décor! It’s like if Frank Lopez’ office from Scarface retired to become a bar:

5) One more for Sunday: after you go to Carrie Hungerford’s benefit at Lola’s, stop by Dreamy Life Records and Music for Dead World Comedy’s first showcase of the year, hosted by area funnyman Rob the Hob and starring free beer (courtesy Collective Brewing Project), with special guests Brian Breckenridge, Gary Bush, DDT, John Brown, Michelle Benton, and Sal Michel. Doors are at 6, the show is free, and the jokes start at 7pm. Here’s a video of Rob the Hob at Hyena’s from October: