Wednesday 23 – For this one year, the PGA event will be called the Fort Worth Invitational, with Dean & Deluca having pulled out of their sponsorship and Charles Schwab’s name not going on the tournament until next year. Kevin Kisner will be on hand to defend his title from last year, and he’ll have to contend with Jon Rahm, Justin Rose, Rickie Fowler, and 2016 champion Jordan Spieth, all currently ranked in the PGA’s Top 10. The tournament goes thru Sun at Colonial Country Club, 3735 Country Club Cir, FW. Tickets are $15-250. Call 817-927-4280.

Thursday 24 – The Texas Rangers are shaping up to be the doormats of the AL West this year, but they can start winning again this week when the even sorrier Kansas City Royals come to town for four games. While many names on their roster are still recognizable from the 2015 World Series champions, the starting pitching is at replacement level right now. The series runs today thru Sun at Globe Life Park, 1200 Ballpark Way, Arlington. Tickets are $20-225. Call 817-273-5100.

Friday 26 – The reviews are wildly mixed about Lydia R. Diamond’s Stick Fly, her 2012 play about a wealthy African-American family reunion on Martha’s Vineyard that seems to owe as much to Tyler Perry as it does to Lillian Hellman. How successfully is this collision of race, class, and gender issues brought off? You can judge when Jubilee Theatre puts it on today thru Jun 24 at 506 Main St, FW. Tickets are $24-30. Call 817-338-4411.

Sunday 28 – Texas Ballet Theater concludes its season with a run of that old standby, Swan Lake. The self-professed favorite of artistic director and choreographer Ben Stevenson, the ballet about a princess transformed into a swan has been condensed to two acts from four. If you didn’t catch this show when it ran four years ago, now’s your chance. The ballet runs Fri thru today at Bass Performance Hall, 555 Commerce St, FW. Tickets are $20-125. Call 817-212-4280.

Monday 29 – There are many ways to spend Memorial Day, and getting up close with America’s official national mammal seems as good as any other. Fort Worth Nature Center and Refuge is holding one of its periodic Bison Feeding Hayrides this morning, so you can see these creatures that once roamed the plains in the numberless millions. The event is at 10am at 9601 Fossil Ridge Rd, FW. Registration is $10-16. Call 817-237-1111.

Tuesday 30 – Seems like kids are always fascinated with farting and vomiting, because Fort Worth Museum of Science and History is bringing back Grossology, their exhibit about bodily functions that includes a 30-foot model of the digestive system and a wall made to look like human skin. The exhibit runs indefinitely after Sat at 1600 Gendy St, FW. Admission is $12-15. Call 817-255-9300. 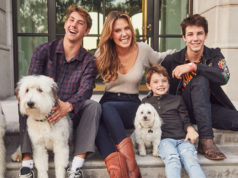