In the centuries immediately following Jesus’ death, European civilization was fairly nonexistent and Christianity was just one of a number of religions vying for followers with the likes of Mithraism, Baalism, and Gnosticism in a crowded marketplace. 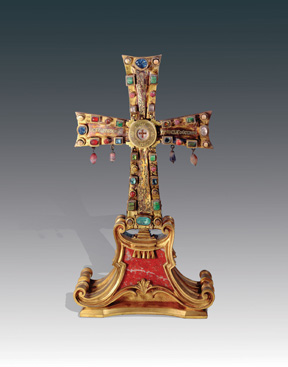 The earliest examples of Christian art sprang from this environment, looking very little like the Sistine Chapel ceiling. The Kimbell Art Museum’s latest exhibit Picturing the Bible: The Earliest Christian Art explores this part of history that the passage of time has done much to obscure. The exhibit finds examples of visual depictions of Bible stories from both before and after the conversion of Emperor Constantine of Rome to Christianity in 312 A.D., a development that not only sanctioned Christianity but also inspired some of the religion’s wealthier members to commission works of propaganda. Much of the show consists of relief sculpture, but it also includes jewelry, vellum parchment, freestanding sculpture, and other devotional works. Unlike many of the previous exhibits at the Kimbell, this one was put together in-house by the museum, borrowing pieces from collections across Europe and the Middle East, so the show won’t be touring to any other cities. The tradition of Christian art would fire the giants of the Renaissance centuries later, and this exhibit presents a unique opportunity to see that same tradition get its start.