We always welcome any theater troupe that can bring us fresh stuff for Christmas, and this week several of the local ensembles are coming through. 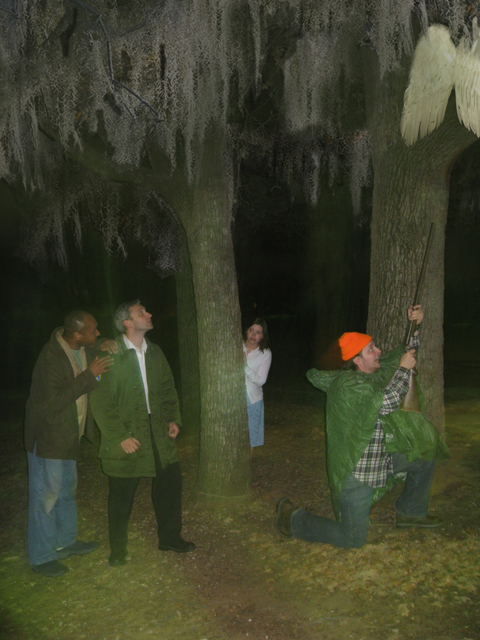 Onstage in Bedford is putting on the regional premiere of Duck Hunter Shoots Angel, Mitch Albom’s comedy about a sleazy New York journalist investigating an Alabama duck hunter’s claims that he shot one of God’s helpers. Reviews of this have been mixed, though at the least it promises to be less corny than Albom’s Tuesdays With Morrie or The Five People You Meet in Heaven.

Jubilee Theatre, meanwhile, takes the shopworn conceit of a bunch of travelers snowed in at an airport on Christmas Eve and sets it to music in Ed Smith’s Home for the Holidays, not to be confused with Jodie Foster’s 1996 movie of the same name. With Jubilee providing the song and dance, that should paper over any flaws in the dramaturgy.

And if you want a break from all the tinsel, Carman Lacivita takes Amphibian Production’s show entirely upon himself in the aptly titled Fully Committed. In Becky Mode’s comedy, he portrays a struggling actor working the telephone reservation line at New York’s hottest restaurant. However, since this piece is made for a single actor, he’ll also be playing the actor’s dad, a chef, a maitre d’, Naomi Campbell’s assistant, and several others that his job brings him in contact with. Unlike the other plays, this one receives one performance only, so make your reservation.