Texas Ballet Theater rounds out its season with four performances of Ben Stevenson’s sumptuous production of The Sleeping Beauty in Bass Performance Hall this weekend. 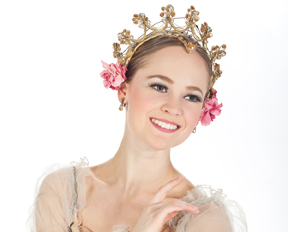 The Tchaikovsky classic boasts multi-million-dollar sets and costumes originally created by Broadway designer Desmond Heeley for the Houston Ballet, which Stevenson led for 25 years before coming to Fort Worth.

Leticia Oliveira will dance Princess Aurora on opening night, with Eddy Tovar as her Prince and Carolyn Judson as the Lilac Fairy. All of the major roles will feature different company dancers during the run. The ballet will be in the Dallas Winspear Opera House from June 11 until June 13.

Next season begins Oct. 1 with Cinderella and continues with The Nutcracker in December. In February 2011, there will be an evening program devoted to a golden anniversary gala celebrating the company’s 50th anniversary. The North Texas premiere of Stevenson’s Don Quixote will bring the season to a close in June 2011. All of the programs will be repeated in Dallas. –– Leonard Eureka