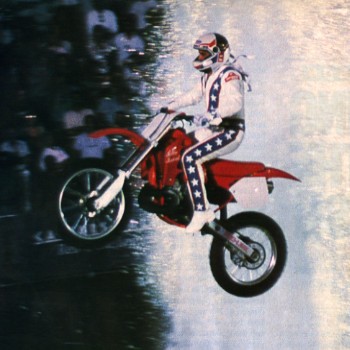 At noon, 8.0 Restaurant & Bar is hosting its annual Indianapolis 500 Champion’s Luncheon, presented by Texas Motor Speedway. The Indy champion, who will be making just his or her second public appearance after being crowned, will be joined by daredevil Robbie Knievel and musical guest Charla Corn. The event is free and is at , FW. Call 817-336-0880.

Tonight, native and young lion Quamon Fowler brings his sultry smooove style of sax playing to arguably the best place in town to have a jazz experience, Scat Jazz Lounge, at , FW. Call 817-870-9100.

Tonight’s the opening of Theatre Arlington’s Leading Ladies, award-winning playwright Ken Ludwig’s comedy about two down-and-out Shakespearean actors who try to pass themselves off as the petticoat-and-pearls-wearing heiresses to a dying widow’s fortune. The curtain goes up at 8pm at . Call 817-275-7661.

Out at Lake Ray Hubbard, Flying Saucer Draught Emporium will host its inaugural Spring Beer Festival from noon-10pm. There’ll be five beer tents, each loaded with four brews hand-selected by Flying Saucer’s resident beer guru, Keith Schlabs. There’s no cover, but for $15, drinkers will receive a commemorative taster glass and card that can be redeemed for a sampling of 10 of the featured beers from select tents. Visit www.beerknurd.com.

Today’s the last day of auditions for ’s forthcoming production of Steel Magnolias to be directed by Joe Allen Brown of . Be familiar with the script and have an ability to affect a Southern accent. The audition starts at 7pm at ’s rehearsal hall, . Call 817-284-1200. 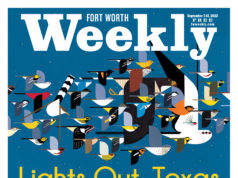