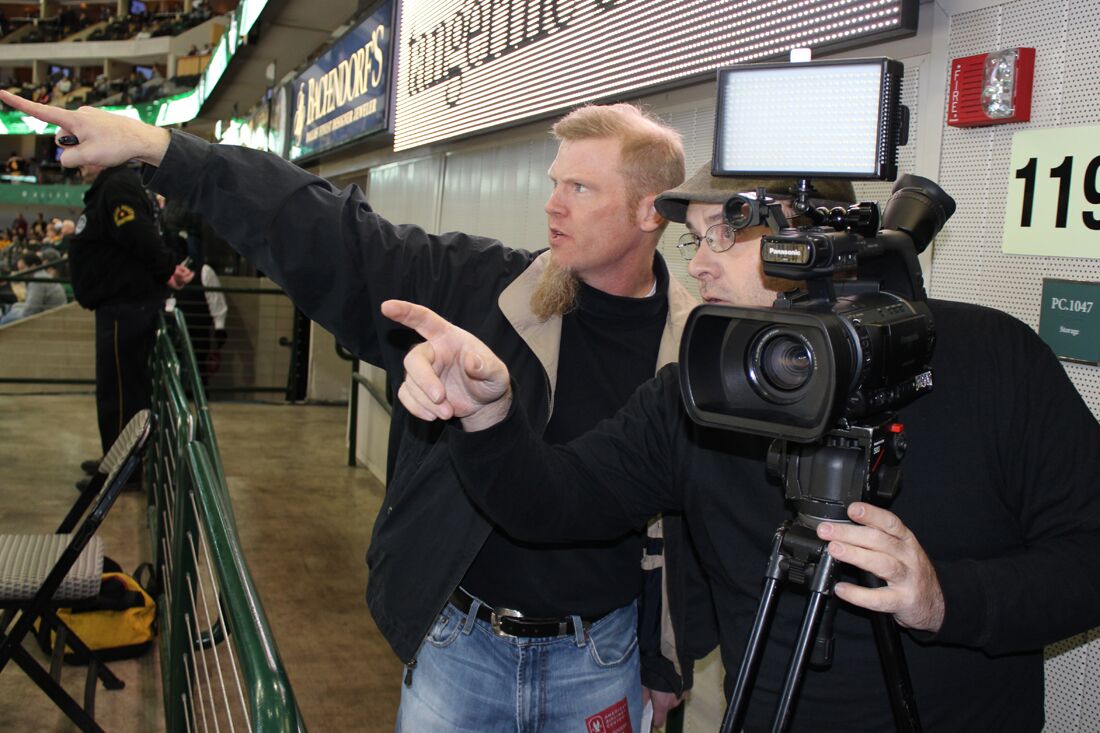 As a child, I often visited the Meadowbrook branch of the Fort Worth Public Library (now the eSkills Library & Job Center). I frequently checked out its sports encyclopedia. I checked it out so often, in fact, the librarian finally just gave it to me.

Just down the street from the library, at a Meadowbrook Elementary baseball field, I went on strike. The coach of my Y-league team wouldn’t let my friend Todd (his real name) play infield, so we staged a walkout at practice one day. Unlike the big leaguers in the summer of 1981, our negotiations resolved themselves quickly enough so that we didn’t miss any regular season games. Oh, and Todd did end up getting a few innings at third base.

So you now know three things about me:

2. I have long possessed an irrational interest in sports miscellany

3. I understand the business of sport: the doings that go on behind the scenes, away from the field, on the playground swing sets that sit next to baseball diamonds.

Some of my other experiences will also inform the commentary you’ll read in this space. I currently do a lot of work in the sports industry through my creative services company. You may hear from some local sporting folks with whom I’ve produced films or other creative endeavors.

Before leaping into the entrepreneurial world, you would have found me at what we now call Globe Life Park in Arlington working as a creative director for the Texas Rangers, a position I held for more than a dozen years. At some point, you probably saw or heard a Rangers commercial or feature I conceived and produced.

I did similar work for the Dallas Stars and Mesquite Championship Rodeo. Before that, I managed promotions at KXTX-39 when the station carried loads of sports programming. I also helped market a lot of sports broadcasts at KTVT-TV in the ’90’s

On the side, I spent a number of years as the lead play-by-play announcer for Fort Worth’s now-defunct cable TV channel. You would have heard my voice calling games for the Cats, Brahmas, Fire, Flyers, TCU, TWU, local high schools, and more.

OK, enough about me, for goodness sake. What about you and your needs? What will this space provide you?

You’ll get analysis from someone who has spent a lot of time working with professional athletes and in front offices. When the next labor disturbance does occur at a local stadium or primary school field, you’ll receive an insider’s perspective.

I’ll explore the fun and the goofy side of sport in written or video form. I do a lot of that sort of work in my day job and it seems bound to appear here as well. You may also get some relevant stories along those lines from past endeavors. The time will come for you hear about Nolan Ryan speaking Spanish and the incident in which a Canadian power forward caused a colleague to say a naughty word on the air.

Most especially, I will look for sports angles you won’t get elsewhere. Other outlets may lack the time or expertise to pursue these angles, or they may just consider them too sophomoric for their tastes. Don’t worry, I won’t let the grown-ups get in the way of your sports fun.

One thing I am not likely to do: rip somebody. Harsh criticism of a local sports figure is just not my style. I’ll make an effort to present some reasoned analysis that lets you decide whether someone’s conduct deserves ridicule.

Useless, ineffective, not-sure-why-I-even-bother-to-write-it Anti-Troll Policy: I’d appreciate it if you could keep your comments civil in tone as well. Unless you have personally interacted with the athlete in question and actually know him to be a jerk, don’t declare him to be one in your responses.

Something else you should know: Fort Worth Weekly employs a number of superb journalists. I’m not one of them. While accuracy will be a non-negotiable feature of the column, you likely won’t see much actual reporting. I’m a writer and an analyst, so while you may read fresh insights, you probably won’t read controversial breaking news. I’ll leave that to the real journos on the team.

The first real column will show up tomorrow, and then we’ll unveil one a week until the Weekly’s crack research team determines the audience has tired of my banter. Go Fort Worth!