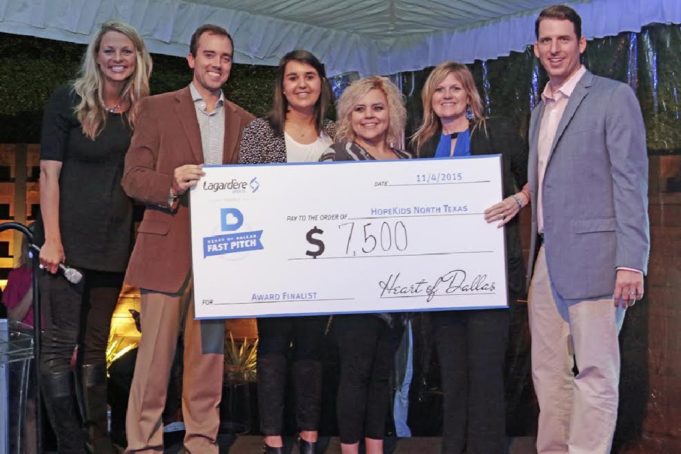 When you think about it, college football bowl games are supposed to serve a lot of functions. They need to provide an athletic experience for players, energize alumni, generate attention for their host cities and sponsors, generate business for the local tourism industry, and likely deliver on a whole host of other ambitious goals enshrined in a prospectus somewhere.

One other responsibility every bowl takes on: raise monies for charity. With the possible exception of Orlando’s AutoNation Cure Bowl, no other game wears its charitable, um, heart in its title like the Zaxby’s Heart of Dallas Bowl.

An organization called the Heart of Dallas works with ESPN to run the bowl, which is held at the Cotton Bowl annually and this year will feature Washington against Southern Mississippi on December 26th. As the “Heart of Dallas” name seems to imply, the group of local sports and entertainment industry professionals aims to donate bowl funds raised from sources like sponsorships and broadcasting deals to area nonprofits.

North Texas has lots of worthy charities, so for a group not affiliated with one particular cause, choosing where to allocate funds can become a challenge. In 2015, it fell to the Heart of Dallas Young Professionals, a HoD section designed to engage under-40 sports and entertainment workers, to come up with an innovative solution.

“We had money to give away, which is a huge blessing, and we wanted to be creative about it and do something unique,” explained Mallory Martin, President of the Heart of Dallas Young Professionals. “When we thought about how to do that, rather than just simply voting in a room somewhere who is deserving, we wanted to have them pitch in a creative way and have people do it with us.”

The HODYP wanted to do it in an entertaining way that would also increase awareness among area nonprofits and young business professionals. They came up with a “Shark Tank” for nonprofits idea. Community groups would state their own cases in front of judges and a live audience, with funds awarded to those who made the most compelling cases. They would call it, in sporty fashion, the Fast Pitch. 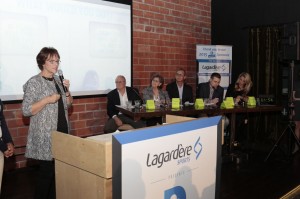 They solicited applications from nonprofits across North Texas, culling more than 50 submissions to eight finalists who would get to make their pitches at the event itself. Judges would decide how to divide the funds raised from the bowl game plus the event and its sponsors (including a title sponsor, as the event became formally known as the Heart of Dallas Inaugural Fast Pitch Event, presented by Lagardère Sports). Those who made the best pitches would get the largest shares, but nobody would walk away empty-handed.

“For an inaugural event to give away $100,000 is really amazing. And the fact that all eight charities, who all had amazing missions, were awarded a significant amount of money is really a unique experience that added a lot of value,” said Jayda Batchelder of Education Open Doors, one of the nonprofit finalists.

“I’ve never been to a fast pitch or a competition for social entrepreneurs like this that gives every person a prize,” added Jackie Anderson of Equal Heart.

In addition to the “regular shares” to be awarded by the judges, the Fast Pitch had two special awards. The event’s attendees would get to vote on a People’s Choice Award, which would see 5,000 additional dollars awarded to the charity that most impressed the group of mostly industry professionals and other nonprofits. They also added an award to recognize an outstanding athlete making an impact on the field and a positive difference off the field by enriching lives of others. The honoree’s presence added something to the event as well, according to Asija Woodson, a young participant in the Rae’s Hope program who had come to help make her group’s case.

“What was fun about tonight was meeting all these new people and plus I got to see Dirk Nowitzki.”

As the winner of the Community Excellence Award, presented by Anheuser Busch, the Dirk Nowitzki Foundation received its own $10,000 grant to further the work it has done with children’s welfare since 2001.

“If you live anywhere near here and have spent the last decade or so getting to know him via what he does on the court or in the media or in the community, it’s just you never hear a bad word about him,” explained Egan of the selection of Nowitzki’s foundation for the honor. “Somebody that high-profile that stays that grounded and is still that interested in making sure he’s making an impact, not only where he’s from in Germany, but also right here in Dallas across an ocean, is really special.”

Nowitzki explained why he and his wife Jessica (who serves as executive director of the foundation) took the time to attend the event in the midst of the basketball season.

“They (the Heart of Dallas) try to link sports with charities, similar to what we do, because parts of my foundation have projects that help with wellness of kids. So I thought it fit. The whole thing is a fit for me as a person as well as for this organization.”

The presence of a future Hall-of-Famer added buzz to the event, and the pitch phase added excitement. WFAA-TV’s Mike Leslie served as emcee to bring each nonprofit to the downstairs stage at D.E.C on Dragon. All the presentations started with a video about the cause in question of up to 2:30 in length. The group then had three minutes for a spokesperson to present its case, followed by 90 seconds of questions from the five-judge panel.

“It was a great experience for us to get up here on stage to tell about our organization, to see all the other wonderful organizations explain what they do and the empowerment that we all have to help this world make a better place,” said Rae’s Hope’s Angela Field about giving her presentation, whose props included a bicycle.

There were a lot of compelling causes and great stories. They all tugged at your heartstrings,” said Martin, who served as one of the judges. “So at the end of the day, we just really looked at the work that they were doing, the number of people that they could impact, (and) does it tie in to what we’re trying to do as an organization, the Heart of Dallas. So we just had to make our decision based on that.”

As the judges deliberated, 300 attendees grooved upstairs with DJ Souljah and a professional violinista, then heard Leslie interview Nowitzki before the Heart of Dallas Young Professionals Steering Committee presented the checks to the recipients.

Every group walked away with at least $2500 and plans for how the funds would further its mission.

“It’s going to go to Education Opens Doors to help us expand our program across the city this school year,” said Batchelder, whose organization received the largest judges’ award of $25,000. “Our mission is to enable students to purposefully navigate through high school to college, and so we have a comprehensive program we implement in schools. This money will go directly to support at least 500 more students this year to have the yearlong life-changing program.”

“With this reward, we are going to buy a box truck that we have kind of been racking our brains figuring out how to get. With this box truck, we can pick up thousands of pounds of food to distribute to thousands of individuals,” said Anderson, whose enterprise focuses on child hunger remedies.

“It gave us validation that what we’re doing, people understand the value,” she said. “They understand, and they get excited about it.”

We expect traveling fans of the Huskies and Golden Eagles to get excited about what their team does on the field the day after Christmas. They likely won’t realize the ways their ticket purchases and viewer eyeballs affect the locals involved in the event. Egan, however, sees the bigger picture.

“We’re fortunate to have a bowl game with our name on it,” he said. “What we really want to do is use those funds that ESPN provides us and mobilize a very energetic group of young professionals in our industry to see what they can do to network, and grow, and use their skills and resources to make the most impact possible here.”

For the Heart of Dallas Young Professionals, the networking aspects of their program intertwine with the charitable side. The youngest presenter, Woodson, summarized the true beauty of such an arrangement.

“Those who have the patience and who take time out and do something for the community just to give back, those are the ones who end up most successful in life.”

All photos courtesy of Danny Bollinger.

Disclosure: The events company that spearheaded the execution of the Fast Pitch event, Matchpoint Agency, hired me to produce some of its audio-visual elements.