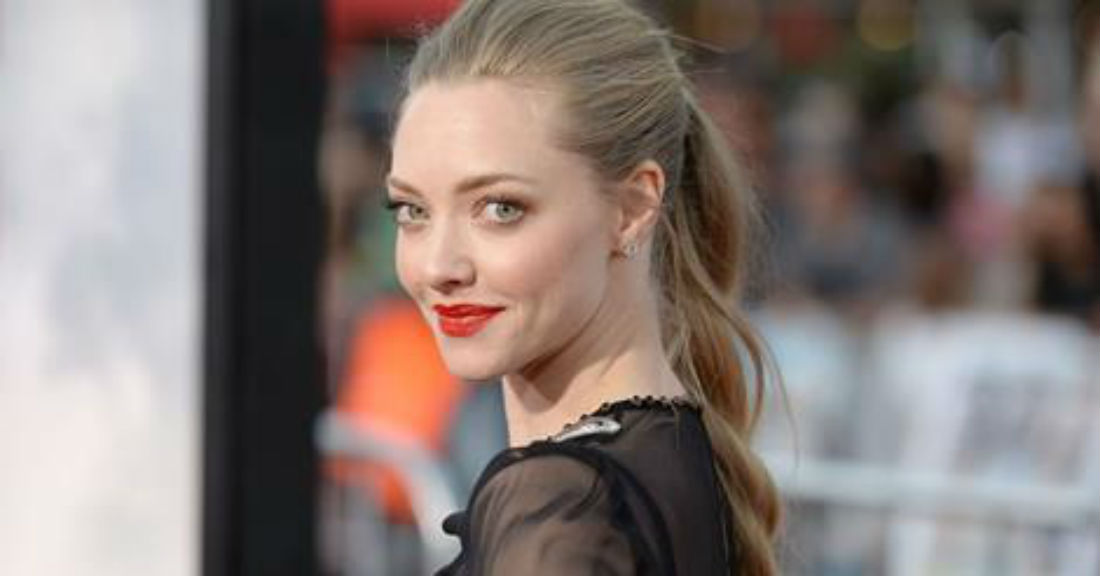 Amanda Seyfried probably has the least flashy of the four major roles in While We’re Young, but she does well with it anyway as her character eventually figures out what her husband really is and does something about it. I thought I’d blog about her because her work in this film is another uptick in what has been a remarkably inconsistent career so far.

Born to a middle-class family in Pennsylvania, Seyfried served an apprenticeship on TV soap operas (remember those?) before breaking out in a big way in 2004. She made an indelible impression in the relatively small role as the murdered best friend in the first season of Veronica Mars, but what really gained her visibility was playing the dumbest of the Plastics in Mean Girls. After that, she spent four seasons on Big Love as the eldest daughter chafing at her Mormon parents’ polygamous marriage. Then there was a big leap in 2008-09, with the lead role in Mamma Mia! raising her profile greatly and showcasing her opera-grade lyric soprano, while Jennifer’s Body and Chloe displayed a fascinatingly perverse side. In 2012, she played Cosette in Les Misérables and sang this unrewarding role impeccably for the benefit of that film’s huge audience.

Those were the high points of her career. The low points, on the other hand, have been terrible to witness. After 2009 came starring roles in a string of duds: the Nicholas Sparks weeper Dear John, the overcooked plate of Italian pasta Letters to Juliet, the misbegotten fairy-tale reboot Red Riding Hood, the bloodless Justin Timberlake sci-fi vehicle In Time, and the dull psychological thriller Gone. These films represent a wide range of genres and tones, and they were all undistinguished, as was she. (In the latter, particularly, she seemed to be sleepwalking through the part of a mentally unstable young woman.) Post-Les Miz, too, there was The Big Wedding, Epic, and the widely derided A Million Ways to Die in the West. Meanwhile, the biopic Lovelace was a well-intentioned attempt to play a porn star and battered woman, but she and the film foundered on its grim seriousness.

Thinking about Seyfried, I kept comparing her to Anna Kendrick, and the more I thought about it, the more it made sense. The two actresses are the same age (born four months apart in 1985), the same height (5’2”), and have similar musical-theater skills. But try to imagine them cast in each other’s roles and you’ll see that Seyfried has greater range. Kendrick might plausibly have carried off Darby in While We’re Young or Cosette in Les Miz, but her wholesomeness makes her difficult to envision as the stalker prostitute in Chloe or the overshadowed heroine of Jennifer’s Body. Just try to imagine Kendrick in the snippet below, delivering the line, “I like Toastems.”

Meanwhile, Seyfried could have played all of Kendrick’s roles, some of them undoubtedly not as well as Kendrick did, but still, nothing in Kendrick’s resumé is an outrageously bad fit for Seyfried. As a matter of fact, I’d go as far as to say Seyfried would’ve been better for the starring role in Pitch Perfect. I noted in my original review of the film that Kendrick is somewhat miscast; Beca is supposed to be a disenchanted, sarcastic girl who just happens to be a marvelous singer. Kendrick is too naturally bubbly to be the “I hate everything” girl, but Seyfried could. She’d have done better as the ghost in Cake, too.

Of the two, though, it’s undeniably Kendrick who has the career momentum right now. She hasn’t always picked winners (What to Expect When You’re Expecting), but she has worked with directors such as Jason Reitman, Edgar Wright, and Joe Swanberg. Compare the roster of directors whom Seyfried has worked with, and while a couple of names like Baumbach and Atom Egoyan jump out at you, there are many more nonentities. So it looks to be with her future projects — she’s going to be in Joe Wright’s Peter Pan movie this summer, but she’s also slated for stuff directed by a couple of first-timers, Gabriele Muccino, and Seth MacFarlane. (The trailer for Ted 2 does not look promising.) Does she just need to find better directors? Or does she not know how to pick material, unless it’s a Broadway musical? Some of her projects seem to have been done for commercial success, but her choice of smaller films has been just as wayward. You sense that there’s a heaven-storming performance in her, but where will she find it?

Seyfried projects effervescence and brightness, but underneath her doll-like prettiness lurks a streak that can suggest everything from sexy naughtiness to violent psychosis, and that streak has been tamped down on too many occasions. Fortunately, there are filmmakers out there who could turn her loose. She could easily wreak havoc in one of David O. Russell’s wild adventures. The prospect of a woman-adoring director like Todd Haynes or François Ozon unleashing her is a fairly delirious one. A horror filmmaker like It Follows’ David Robert Mitchell could build a vehicle around her. As for comedy, she can easily do better than MacFarlane. Before While We’re Young, I wouldn’t have figured on her flourishing in one of Baumbach’s movies, but she takes to the intellectual milieu very well. A satirist like Reitman could give her high-contrast performing style an apt showcase if he rediscovered his sense of humor, or she could star in a Woody Allen film and hope that it’s one of his that hits. (Really, how has that not already happened?) Or she could just go the route that her Veronica Mars co-star Kristen Bell traveled and voice a Disney heroine. With her singing ability, she could kill in a part like that. The film version of Wicked continues to trudge along without a cast — can’t you see her as Glinda?

She needs to do something different. Without the perversity that makes her unique, she’s just another attractive girl with more musical talent than you usually find. We don’t need another one of those. We need her to unleash, or While We’re Young will be just another crest of a wave that comes crashing down again.